January 26, 2021
comment
Affordable housing and traffic congestion top the community’s list of important issues, according to a survey conducted in December 2020 and summarized in a press release from the City of Bend Jan. 21. Thirty-four percent of respondents called affordable housing an “urgent” priority and another 34% called it a “high” priority. The survey also asked people to choose one service to prioritize for funding, and affordable housing topped that list as well. Forty-two percent of people asked the Bend City Council and staff to increase the availability of affordable housing. It’s no wonder these issues—along with ensuring equal access to housing and city services—dominated many of the discussions during the new City Council’s goal-setting initiative last week. 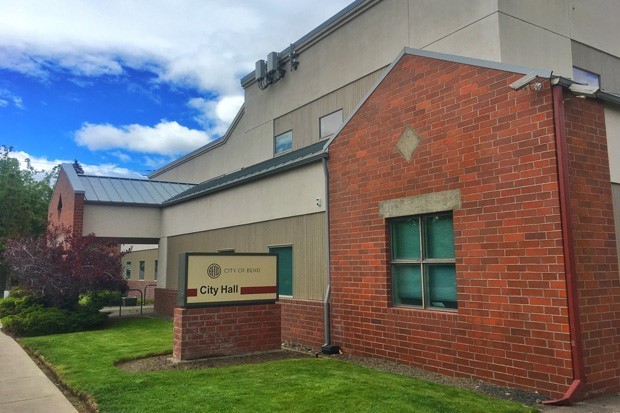 Councilor Anthony Broadman was seated to the Council this month. He told the Source he’s “really excited” to see last week’s “nearly 20-hour process” synthesized into a one-page set of goals, but the process remains ongoing, with a draft expected in February.

“I was really excited to hear my colleagues’ ideas about what we can do to meaningfully address our middle and affordable housing crisis,” Broadman said. “And I think the goals reflect the fact that that is the biggest issue—along with transportation—that we're hearing from our community members.” He added that this ties into goals on equality and “shared prosperity.”

“The only way to fix housing is to build our way out of it, but we have to do that consistent with our Climate Action goals and our obligation to the environment, the water, the air and the City.” — Anthony Broadman tweet this
He says the main thing the City can do as a land use authority is ensure that land in Bend’s urban growth boundary is available where developers say they’re ready to build diverse housing types.

“It’s not like transportation,” he said. “The only way to fix housing is to build our way out of it, but we have to do that consistent with our Climate Action goals and our obligation to the environment, the water, the air and the city.” The UGB, a process dictated by the state, lays out where a city expects to grow and is used to prevent urban sprawl. Bend’s Community Climate Action Plan was put in place by a previous Council in 2019, and it established goals for mitigating the most severe effects of climate change.

Like Broadman, Councilor Barb Campbell looks forward to goals tackling housing and transportation issues, too. Elected to city council in 2014, this is her fourth go at goal setting.

“We are continuing our commitment to missing middle-housing for our working families, and more types of housing products people can afford to purchase,” Campbell said via email. “We all understand that shelter is a human right, and that homelessness affects our whole community.”

She says she’s also especially excited about the safety, congestion and transit projects possible thanks to the voters passing Transportation Bond Measure 9-135 in 2020. The bond obligates $190 million to transportation and neighborhood safety projects, to be paid through increased property taxes. Fifty-nine percent of Bend voters voted in favor of the measure.

“From the Neighborhood Street Safety Program to a new transit hub to take the pressure off of Hawthorne Station, these projects will improve the day-to-day lives of everyone,” Campbell said.

The City Council’s current goals were adopted two years ago and are in effect until July 1, according to Anne Aurand, communications director for the City of Bend. This new Council’s goals will be approved in March and the new goals would then take effect in July.

The new Council also set to work on more immediate affairs, including ratifying an administrative order declaring a local state of emergency for an additional 60 days due to COVID-19. At the Jan. 20 Council meeting, the motion passed on a 6-1 vote, with Councilor Broadman opposed.

The local order allows the Council and city staff discretion to set policies under the statewide COVID-19 order, according to Mayor Sally Russell.

“It put some fines in place for both individuals and businesses who are not in compliance on the Oregon Health Authority in the State of Oregon regarding mask wearing,” Russell told the Source, and prevents most permitted special events. It also allows policies that try to help local businesses and people struggling with the effects of the pandemic.

“Another change we made was to allow some businesses to operate on sidewalks, parking areas or the street to provide a safer environment for customers and employees, but also to stimulate and support local businesses,” Russell told the Source. “So, you see a lot of outdoor dining that normally wouldn't happen under certain codes and rules.” This is how parking places in specific areas of town can be designated for takeout only. It’s also why the City won’t shut off water for non-payment.

“That was really important because, number one, we know that's fundamentally important in terms of people being able to maintain a safe and healthy environment,” Russell said. “And also recognizing that some people have been financially very challenged during this pandemic. Lots of people have lost their jobs. So, some of those basic services, we want to be sure we provide in time of extreme need for some of our community members.”

The new order is set to expire March 21.