As an open-minded omnivore, perusing a menu means simply selecting whatever meal sounds appetizing. Throw in a dietary restriction, such as not eating animal products, and dining at a traditional restaurant typically whittles that menu down to three options: maybe a salad (omit the cheese, please), a veggie burger and a pasta or risotto with vegetables. Sound boring? It is. 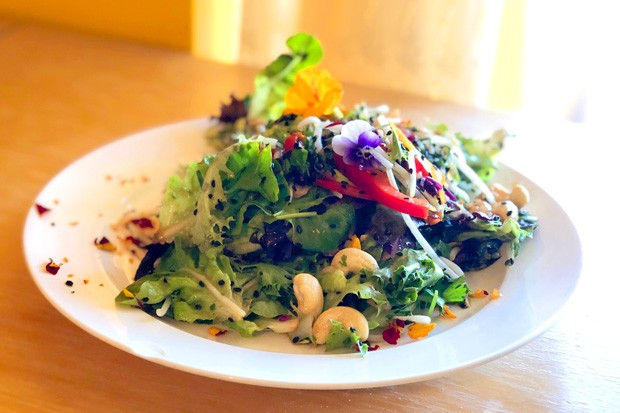 In the last month, Bend bumped up from three to five vegan restaurants with the addition of Root Down Kitchen and The Garden Cafe & Ora Juice Co.

I was licking a golden milk popsicle made with turmeric, spices and coconut milk when a friend asked, "Where did you get that?" I told her it was from a cute back alley vegan place. She looked at me perplexed. The popsicle was from The Garden Cafe & Ora Juice Co. I coined it "back alley vegan" because it's so hard to find. It's on Arizona Avenue, close to Market of Choice, behind Cafe of Life (a chiropractic office, not a cafe) with a front door facing the alley. The location wasn't an issue at first, because Ora Juice Co. sold juice cleanses online.

"People kept asking, please open a cafe," said Jill Hodgson, the owner of The Garden Cafe & Ora Juice Co. She was hesitant at first. Hodgson had worked at Hawthorn Healing Arts for years and knew she would open a cafe eventually, but the location and opportunity came to fruition sooner than she anticipated. The menu at The Garden Cafe consists primarily of juices and salads so fresh you'll feel like they were just harvested from the ground to your plate. They have a few fruit-forward, kid-friendly options, including chia pudding, soaked oats, popsicles and fresh fruit "ice cream." Each day you can find a different soup, food or grab-and-go specials. When I visited, the special was a pickle plate with vegan goat cheese, tarragon oil, a seeded cracker and nasturtium leaves.

I listened to Hodgson talk to patrons, presenting food like medicine. She shared the benefits of a dish she was preparing; anti-inflammatory, detoxifying, antioxidant boosting, and so on. "I want to create a community gathering place," said Hodgson, "where people can meet and be fed in many ways."

Nicole Precone, chef/owner of Root Down Kitchen, was born in Brooklyn, New York, and grew up in an Italian family in New Jersey with a lot of cooks. All that cookery led her to a life in the food industry. Having lived in Bend since 1997, Precone worked in a lot of professional kitchens until she says, "I self-retired, because I'm vegan." It's hard to make sure the food tastes right if you can't try it. 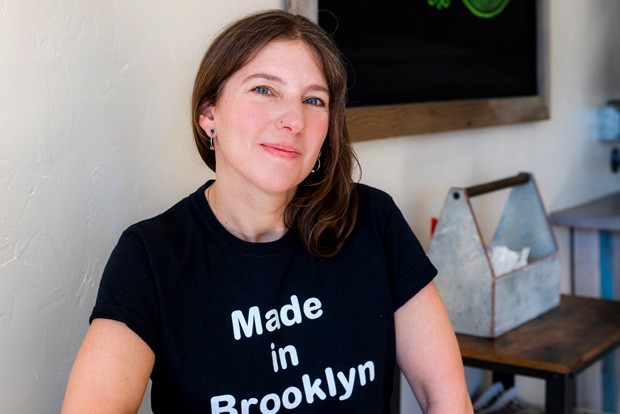 With a cute yellow storefront and picnic tables, Root Down Kitchen is nestled close to downtown Bend, off Hill Street, in the same shopping center as Esta Bien! Precone's concept is to make vegan food fun, easy and approachable for everyone. The menu is small but packed with flavor, including three hearty sandwiches. The curried chickpea salad sandwich with spinach, pickled onions, carrot curls and wasabi aioli on a hoagie is a standout. Beyond sandwiches, options include hoisin tempeh and roasted cauliflower tacos, savory red lentil fritters drizzled with cilantro pesto, spicy aioli and avocado cream with spicy slaw and tofu yakisoba. Those who are gluten free and vegan can choose the tacos or fritters. Young vegans can fill their bellies with teriyaki tofu and a choice of rice, noodles or carrot sticks. You'll find Asian influences in the menu, as well as healthful ingredients, but Precone's real mission is to make food so good you come back for it. 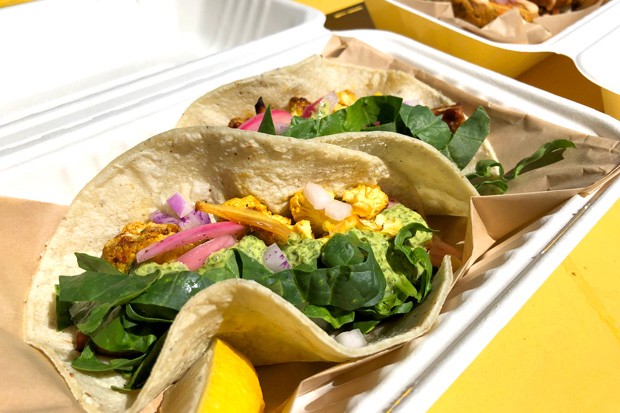 With this increase in vegan restaurants, it might appear that lots of people are deciding to go vegan—but that's not exactly true. A 2018 Gallup poll shows people identifying as vegan up slightly at 3 percent, but only one point up from 2012. Of course, that poll doesn't take into account people like me, who are just eating less meat.