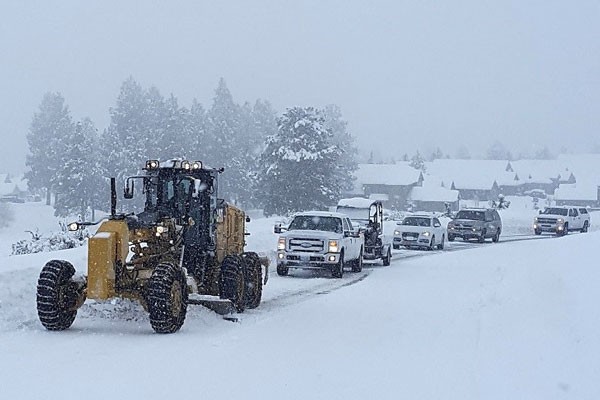 he City of Bend has launched a new program to help ensure roads are kept as clear as possible in case of heavy snowfall. According to a Nov. 13 press release, the city has identified roads where cars parked on streets caused headaches last winter.

This winter, the city has designated "Emergency Snow Zone" parking restrictions along certain streets, asking residents to keep their cars off the curb to ensure that plows can adequately clear the roads without leaving unmanageable piles of snow, or berms, for residents.

"Do your neighbors a favor: Don't get plowed around," said Streets and Operations Director David Abbas in the release. "Plowing around parked cars can end up leaving a berm that would be difficult for a person with a shovel to remove."

After a "snow emergency" is declared, there will be a 12-hour window that parking will not be allowed on designated streets. Once streets have been completely plowed, street parking can resume.

According to the press release, the city "doesn't intend to tow cars" during the program's first year, but will if they deem it necessary to ensure safe streets for other drivers. Vehicles will be towed at no cost to the owner and taken to a designated area.

Want to learn more about preparing or winter? Visit www.bendoregon.gov/winter

To find out when a snow emergency is declared, check the city's website for updates, sign up for email notifications or call the City of Bend Streets and Operations at 541-323-5980.