Bend, It's Not Just for Beer Anymore

Tech firms are made in Central Oregon, too 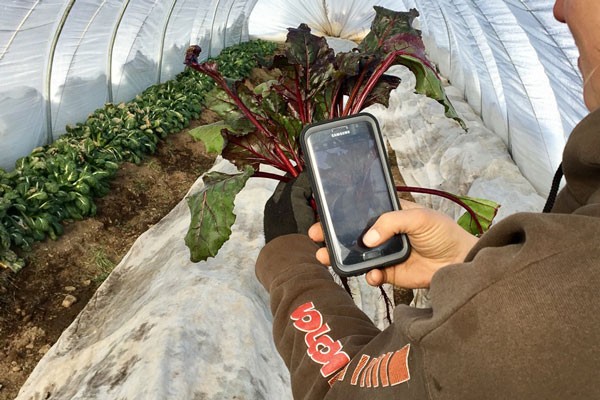 Bend may be considered Beer Town, USA, but startup tech firms are cropping up at a rapid rate, helped in part by the annual Bend Venture Conference and the new Oregon State University-Cascades' Innovation Co-Lab.

The BVC has an annual contest in three categories: The Growth State, in which companies generally have a proven concept, have made some money and are prepared to scale their business quickly with an investment. The finalists in this category could garner $250,000 or more, according to the BVC website. In the Early Stage category, companies typically have an idea that's close to "proof of concept," are pre- or very early revenue and are testing the product in the market. The winner could collect $17,500 cash, courtesy of BendBroadband Business, according to BVC. The third and final category is Social Impact. These companies are for-profit businesses that are still evolving their business, but may or may not have made any money yet. According to BVC's website, "they have a social and or environmental mission integrated into their business model, such that is a core competency and not an 'add on.'"

InvestiPro won $150,000 in 2017 for the BVC's Business Oregon Award. The company is a cloud-based workplace human resources investigation firm born in 2015. The products were on the market in August 2016, according to founder Dana Barbato.

Barbato said she was the lone employee until 2017 but has since taken on a co-founder/senior vice president of sales and two more full-time employees. She said Central Oregon has many positives for starting a business and is very supportive of startups.

"As long as you are willing to do the legwork, there is training, support and funding available," Barbato said. "I would say the only negative is that the tech industry is growing more quickly in the area than the population of workers, so at times it can be difficult to find employees, but I have been very lucky in that area."

Kami Semick started Food4All in 2016, working with farmers in Central Oregon to provide free technology to small food processors so they can sell direct to the community through multiple sales channels. Currently, Semick employs three part-time people besides herself. Her company has farmers as far east as Florida, and as far west as Okinawa, Japan.

"Using Food4All, farmers, ranchers and food artisans can receive and manage online orders through their own website and Facebook page," Semick said. "And in person through a mobile point-of-sale. Buyers seeking local food can also find and buy direct from these local producers through Food4All's online marketplace where geolocation matches them to local sellers."

Semick echoed Barbato's sentiment about the supportive nature of getting her business off the ground in Central Oregon.

"We've been able to sharpen our business strategy with input from the local entrepreneur community," she said. "We have also found that those in the local food ecosystem have been very supportive of our efforts."

According to its website, the Innovation Lab at OSU-Cascades provides real-world learning to help tech companies in Central Oregon, giving student interns experience by partnering with the companies who use the Co-Lab. On March 26, organizers held a Funding Bootcamp at the Co-Lab, providing early-stage companies an overview of investment, grants, loans and alternative funding sources.

LeadMethod was another 2017 winner at BVC, receiving nearly $500,000 in investment dollars. According to a story on the BVC website, CEO Justin Johnson said LeadMethod built the world's first channel revenue optimization software company. He said the winnings will primarily go to hiring employees to drive their "channel referral" sales strategy.

In that BVC story, Johnson offered some advice for companies looking for funding: don't think about raising outside funding unless you're very serious about building a fast-growing company with the goal of an exit in five to seven years—and don't waste time trying to raise money for a product that hasn't been validated yet.

For those looking to get into the tech industry in Central Oregon, Barbato had this to say: "The earlier you get integrated into the business community the better. Get out and attend the many business functions and meet the key players," she said. "I have been surprised how willing people are to talk with me and share their knowledge."

"Network to create relationships with not only the startup community, but with players in your ecosystem here in Central Oregon," Semick said. "There are many people and businesses here that have connections beyond the region."

"The more we work together in building a great tech community in Central Oregon, the more successful we will all be," Barbato said.