On Monday, Hummel’s office announced that it had charged 35-year old Bendite Jeremiah McBride with bias crime in the second degree, harassment and criminal mischief, related to an incident that started at the Red Robin restaurant in the Old Mill June 28, when McBride allegedly harassed Door Dash delivery driver Billal Ahmedin.

WATCH: Family members posted a video of the incident on Facebook July 1:

This is my brother. He was harassed and falsely accused of stealing a Door Dash order. On June 28, 2020, he walked into a Red Robbin restaurant in Central Oregon for the 3rd order that day. As he picked up the order and proceeded to his car, a restaurant patron yelled across the room and accused my brother of stealing the order (I can not make this up). The suspect followed my brother to the car and called him a thief, racial slurs, threatened to kill him, and kicked a dent in his car. The suspect also told my brother he would call the police to kill him! I wish I could make this up. But this is the reality we unfortunately live in. The restaurant called the police but the suspect fled the scene before the police arrived. While waiting for the police to arrive, my brother rushed to deliver the Door Dash order to the customer. I probably would have thrown the order away and called it a day! This was clearly a traumatizing experience for my brother. He was super opposed to me posting this, but after much convincing he gave me permission. I have been checking-in with my brother and he continues to make light jokes of the situation, which I find impossible to do. I realized jokes have become a normal coping method to traumatic experiences. My brother didn’t deserve this, no one deserves this. He is literally the most caring human I know. What’s scares me most, is this could have easily been a Trayvon Martin/Zimmerman story. It’s time to stop being ashamed of the trauma some experience on a daily basis. We can not solve trauma until we decide to be vocal about it. His friend has started a go-fund me for attorney fees so that justice can be served publicly. You never know what the person who delivered your order goes through before you get your order. PLEASE SHARE THIS STORY. https://www.gofundme.com/f/stand-up-against-hate-justice-for-inequality?utm_medium=copy_link&utm_source=customer&utm_campaign=p_nacp+share-sheet&rcid=442af9a14d7e41d8816f5dd9936164b1

As DA Hummel stated, “By all accounts, Billal Ahmedin is one of the hardest workers in our community. He shines in his job by getting in and out of restaurants, and to his customers, as quickly as possible. He’s saving money in pursuit of his dream to one day open an Ethiopian food truck in our community.”

Friends of Ahmedin set up a GoFundMe for him under "Billal Ahmedin Door Dash Driver Assulted" (typo in the title) on the GoFundMe site. Social justice group Embrace Bend also started a GoFundMe for Ahmed this week to help him start his food truck, but the group is now asking people to donate to the original fundraiser started by Ahmed's friends. 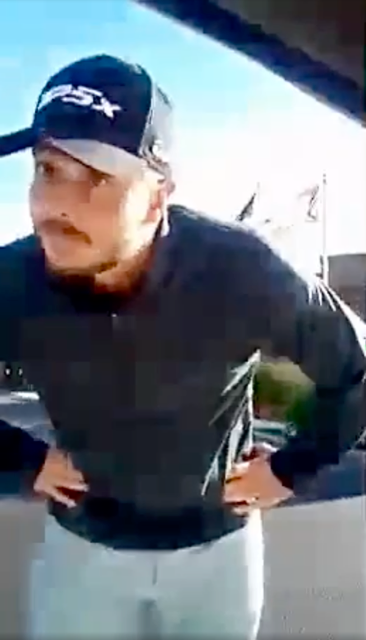