Bend Police to Get Body Cams

The Bend City Council discussed a proposal to spend $100,000 on police body cameras at the city budget committee work session on June 3. The cameras cost anywhere from $200 to $1,200, but camera maintenance and data storage is something the department must include in its budget for the new program. The proposal comes at a time when the city is slashing the budgets of nearly every department in response to the economic downturn caused by the coronavirus. 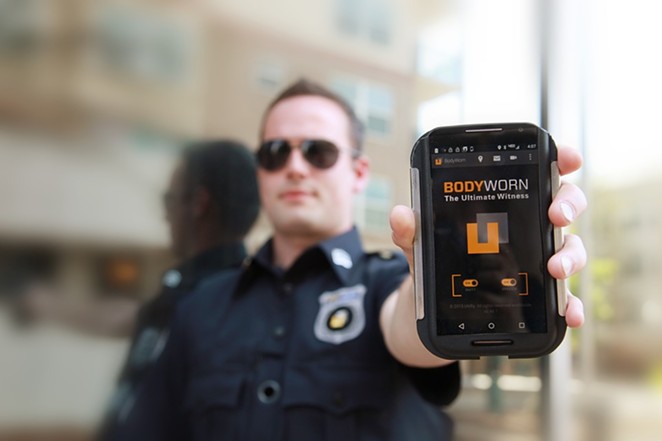 Hundreds of protesters have gathered on the streets of Bend, Redmond and Prineville to denounce the killing of George Floyd in Minneapolis. The incident inspired demonstrations throughout the U.S. and in other large cities around the world.

Oregon's Open Records law mandates that the videos be available upon request. The police department will need to hire additional staff to blur the faces of victims and other identifying information before releasing videos. The department has discussed starting a body cam program in the past, but shelved the idea due to the extra costs and labor, officials said.

Most major metropolitan police departments in the U.S. now use body cameras. The Redmond Police Department has used them inside patrol vehicles and on officers since 2017.

"This was something in our technology strategic plan for our police department, but we decided to move it up front, given everything that has been happening, and I know there is a lot of strong community desire to move in this direction," said City Manager Eric King at the June 3 meeting. "We are proposing to kickstart this project by taking money from the police department reserve fund, although we think that there may be opportunities for grant funding in the future."