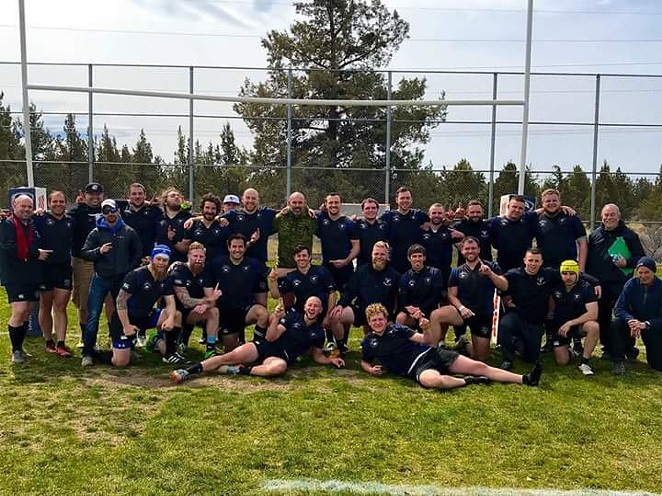 Bend Rugby’s undefeated league play was followed up by a 58-point thrashing of the Boise Lions for the Pacific Northwest Division title. Bend won the game 70-12.

Bend now travels to San Francisco to play in the Nationals, which starts April 28.

Bend Rugby was started in 1975 when Keith Erickson and John Jeans founded the Bend Rugby Football Club in the spring of that year. As a sport, Rugby has been the fastest growing one in the world, according to Bend Rugby’s webpage. It’s also one of the most gender-neutral ones, with 40 percent of the players being female, according to the same webpage.

American football, developed in the late 1800s is an offshoot of Rugby. Rugby has many differences, like the pace of the game and the lack of stoppages. There’s no blocking in Rugby, unlike football, and every person on the “pitch” needs to be able to tackle, run, kick and catch the ball.