Bend may be a small city, but its cup certainly runneth over with a wide range of local craft brews. By last count, Bend is home to a whopping 22 breweries. On Saturday, Northwest Crossing will be occupied by ale aficionados, pouring a total of 40 favorite and new-to-the-scene beers as part of the 3rd annual Bend Ale Festival.

Beers that appeal to every palate will be available, from ever-popular Hazy IPAs to imperial porters and chocolate milk stouts. The festival highlights, according to event organizer Angela Korish, include tasty new rarities from The Ale Apothecary, Silver Moon's "Xul" and 10 Barrel's "Cherry Cinnamon Crush." 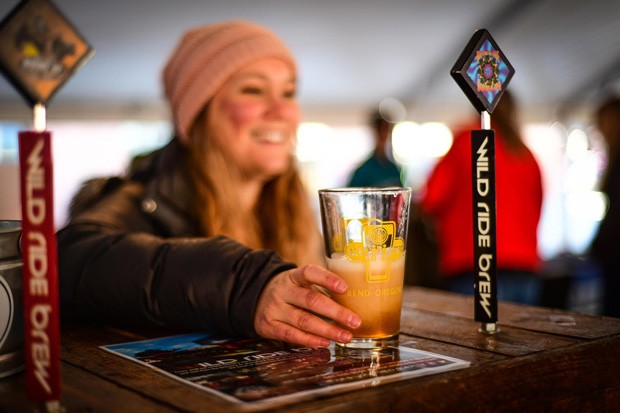 "Xul" is a rich Mexican stout, brewed with cacao nibs, Madagascar vanilla, Ceylon cinnamon, guajillo (a popular Mexican chili) and pasilla peppers. 10 Barrel's "Cherry Cinnamon Crush" is one of the local brewery's well-loved sours, drawing its unique sweet-and-sour flavor profile from Montmorency tart cherries, a hint of cinnamon and a light Berliner base. These are merely two of 40 interesting beers that will be available for naught but a mere drink token.

The festival will also feature live music by Erin Cole Baker, Bill Powers and Chris Baron – three touring singer-songwriters, each unique in sound and style. What's beer and music without tacos and pizza? The El Sancho food truck will be serving up its locally loved cuisine, while Portland-based Dough on the Go be slangin' cheesy pies and slices. Getting everything together and running smoothly is no small task, as reported by Korish.

"Since the event is in conjunction with the Bend Ale Run, planning began last year," she explained. "We need a year to ensure we can efficiently plan with the City of Bend on street closures and the overall approval process in order to lock down the date," Korish said.

"Our running community is wonderful. Many like to plan their race schedules a year or months in advance." 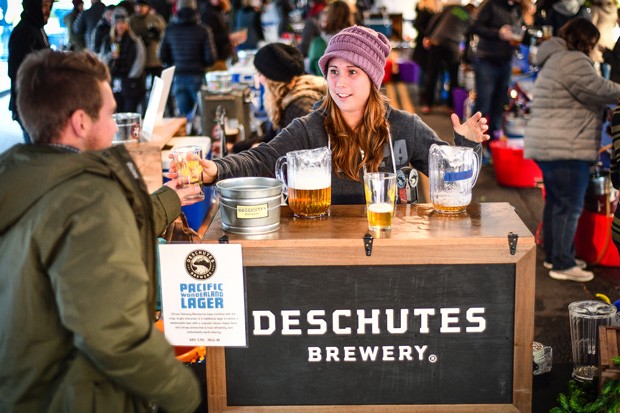 Entry is free but for $20, attendees get a commemorative pint glass and 10 tokens, good for one tasting apiece. Order in advance and get the same deal for $5 less. The event doubles as the finish line for Bend's Annual Ale Run, a half marathon that begins just north of Summit High School and takes a series of scenic roadways. A portion of registration proceeds go to Oregon Adaptive Sports. Those who participate in the Bend Ale Run will receive a pint glass and four tokens.