'What's Brewing' event to field questions from candidates and audience 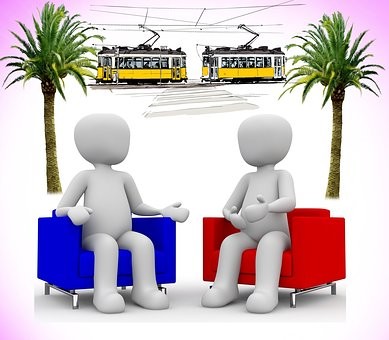 Update: Candidate Brian Douglass, advocate for Disabled Americans and Pacific Crest Trail Angel Program manager, will also take part in the debate. Douglass has been a disability rights advocate in Central Oregon since 1990, according to Bend Chamber.

Bend will hold its first mayoral debate on Aug. 14, as candidates begin their campaigns for the November election.

The event, called “What’s Brewing”, will be conducted in a modified-presidential style. Instead of questions from a moderator, candidates will have the opportunity to ask each other questions as well as receive questions from the audience. Bend Chamber of Commerce member Jamie Christman, Curtis Vogel from Zolo Media and Aaron Switzer from The Source are co-moderators.

The night is a result of the May elections, where the people voted to increase the mayor’s term from two to four years and elect directly instead of through council appointment.

Russell has served as mayor Pro Tem since 2015, and has been a member of the council since Nov. 2012. On her campaign website, Russel says she's been living in Bend for 34 years, and puts an emphasis on easing the growing pains of Bend through a sturdier economy, creating strength through neighborhood centers and sustaining a healthy environment. Russell would also like to improve transportation systems and increase options for affordable housing.

Moseley, elected to the council in Jan. 2016, is focusing his campaign on "Standing up for Bend" on the issues of housing costs, road congestion and neighborhood livability, according to his website. Moseley worked for the Oregon Department of Justice before founding his company, GL Solutions.

Bend Chamber, in association with Miller Lumber and Sunwest Builders, is hosting the event that takes place from 5 -7 pm at 10 Barrel's east side location on NE 18th Street. “What’s Brewing” will cost $20 for chamber members and $30 for general public.