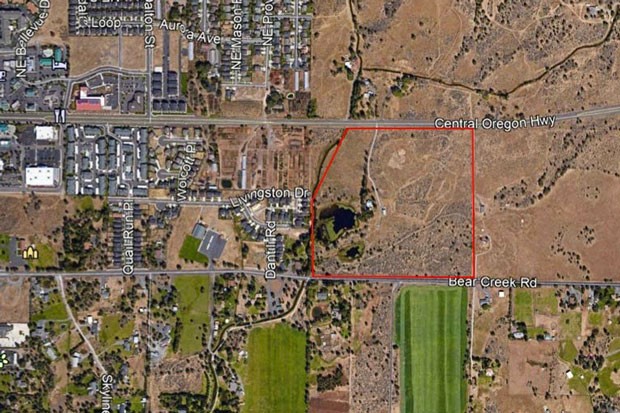 The cities of Bend and Redmond have finished their applications for the House Bill 4079 Pilot Program this August—putting the two cities in competition to be the city that gets to test out the new program. Passed in 2016, the pilot program aims to boost affordable housing by allowing two cities in the state to develop affordable, and market rate housing on lands currently outside the urban growth boundary without going through the regular Urban Growth Boundary expansion process.

Bend and Redmond are two of nine cities with populations over 25,000 eligible to apply for the pilot program. The preapplications were due Nov. 1, 2017. In addition to Bend and Redmond, Eugene also applied, as did Sisters and Wheeler for cities under 25,000. Redmond submitted its full application before the Aug. 18 deadline, according to Lynne McConnell, affordable housing manager for the City of Bend.

If Bend is chosen for the pilot program, the proposed site is 35.42 acres located about one-half mile east of 27th Street, bordered by Hwy 20 to the north, and Bear Creek Road to the south. Porter Kelly Burns owns the land, according to McConnell. Redmond's proposal is a 40-acre plot owned by Deschutes County near the High Desert Sports Complex off NE Negus Way, according to documents from the City of Redmond.

McConnell said the City won't purchase the land if it's chosen for the project, but is simply providing the policy framework and application support that will allow the property to be developed. McConnell called it a, "public-private partnership."

For consideration into the program, cities had to file applications that included a concept plan, show support from local jurisdictions, consent statements from property owners and demonstrate that the city has adopted measures to encourage the development of affordable and need housing within its UGB.

"The City of Bend is appreciative of our private sector partners and the teamwork they displayed to get this application submitted, as well as the support we received from numerous other entities in the region who recognize the opportunity this pilot presents to provide much needed housing for our working class," McConnell told the Source. "The City of Bend is proud of our history as an affordable housing leader in Oregon and are hopeful for the opportunity to bring the HB 4079 pilot to Bend."

Other rules, according to the House bill, are 30 percent of the housing built must be affordable to households making 80 percent or less of the area median income—and remain that way for 50 years. Currently, 80 percent of the area median income is $39,040 for a single person, or $55,680 for a family of four, according to data from the City. Of Bend. That translates to a limit of $1,045 per month for a one-bedroom dwelling and $1,448 for a three bedroom.

The development would be built in phases, according to the City's plan. Phase one's plan is 17.6 acres, with 30 affordable units, 30 market rate units and 25 premium single-family attached units, scheduled to start shortly after the property's annexation into the UGB. The next two phases would build 159 more affordable units, 112 market rate and 38 single-family attached units.

Another stipulation for approval of the plans is transportation. The city awarded the project must have a fixed transit route within three-quarters of a mile, or have a service commitment of at least eight trips per day. The proposed Bend site sits by two current Cascades East Transit stops, one on Hwy 20—about .6 miles away—and one on Bear Creek, a little more than a half-mile away. The proposal also includes a centrally located bus stop on site.

Since the property shares a common border with exclusive farm use zoning, the developers must create a 100-foot wide buffer the full length of the property. Although the space will remain undeveloped per the terms of the program, the area could provide space for low-impact community gardens, providing an area for residents to grow food—not often an option with medium-density affordable housing, according to the City's documents.