Local officials hope to have warming shelter open by Dec. 15

November 27, 2019
comment
The Deschutes County Sheriff’s Office Work Center will house up to 48 men and women per night this winter, filling part of the need for an emergency warming shelter in Bend.

The Homeless Leadership Coalition has been working with local shelters and area nonprofits to find a temporary space for Bend’s unhoused since early this fall. Public officials got involved when the City announced a state of emergency Oct. 26, which acknowledged that many people may be outside during the night with temperatures below freezing. HLC brought homelessness advocates and government representatives together in hopes that they could collectively find some available space.

Deschutes County Commissioners Tony DeBone, Patti Adair and Phil Henderson worked with county staff to contact Sheriff L. Shane Nelson and inquire about the possibility of opening a temporary shelter on the public safety campus off Hwy. 20 (The campus currently serves as home base for 911, the juvenile justice center, the jail, and the offices for the sheriff and the state police.)

The work center on the campus was once used as a shelter by the Bethlehem Inn and already has rows of bunk beds set up in different areas which could potentially serve as separate quarters for men on one side and women and children on the other.

“We are happy to step up and fill this critical void in our community,” Nelson said. “We understand the importance of having an emergency warming shelter and it worked out to be the right time where we could help.” 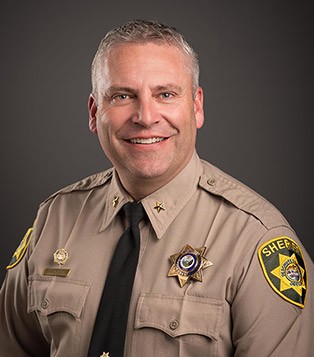 HLC estimated the DCSO Work Center will provide about half of the 100 additional shelter beds that are needed this winter.

A shelter committee within HLC will manage the shelter in partnership with Neighbor Impact. James Cook, co-chair of the Homeless Leadership Coalition, said that the committee hopes to hire two shelter coordinators and a number of monitors by the end of next week, and the target date to open the shelter is Dec. 15. HLC plans run it every night through mid-March and volunteers are working to make sure the shelter's guests also receive a warm meal.

Cook said two things fell in to place this year that might not work out in the winter of 2020/2021: The Oregon Legislature provided funding for the shelter through the Oregon Housing and Community Services Department and Sheriff Nelson decided to delay renovations to the work center until next spring.

“The timing is working out well this year, but once we get through this winter we’ll have the same issue for next year,” Cook said.