Watch films this summer from the comfort of your car or from the open air of Tin Pan Alley. BendFilm announced the lineup July 14 which includes a wide range of classics, movie documentaries, adventures, blockbusters and more.

Seeing these movies in-person has its advantages: Many screenings include appearances by the filmmakers, a chance to ask questions and post-film discussions. For those who prefer to stay on the couch, BendFilm will offer virtual rentals of these new releases through the Tin Pan Theater. 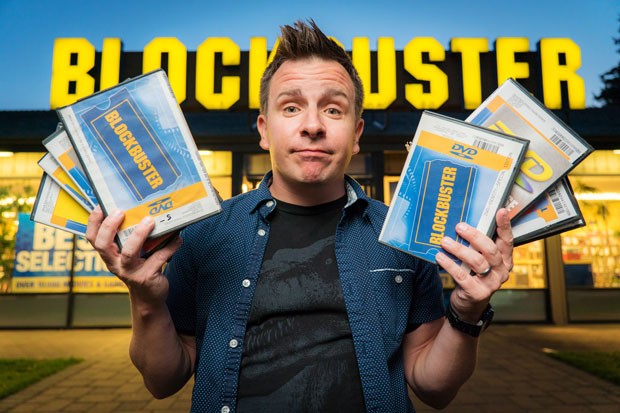 "A global pandemic has changed our lives so we have found creative ways to connect around film experiences that lift our spirits, make us think, challenge convention and bring us closer," said Todd Looby, BendFilm executive director. "We look forward to seeing our community from a safe distance at a screening this summer outside in Tin Pan Alley or under the stars at the drive-in."

"An American Ascent" documents the first African-American expedition to tackle Denali aka Mt. McKinley, North America's highest peak. By embarking on the grueling multi-week climb of 20,237 ft Denali, nine African-American climbers try to shed light on the complex relationship many African-Americans have with the outdoors by changing the face of America's biggest and baddest mountain on the 100th anniversary of its first summit.

World Premiere! - Screening in Bend, Oregon, for the first time ever!

"The Last Blockbuster" is a feature-length documentary film about the rise and fall of Blockbuster video and how one small town store managed to outlast a corporate giant.

A stunning, intimate and unflinching portrait of the free soloist climber Alex Honnold, as he prepares to achieve his lifelong dream: climbing the face of the world's most famous rock ... the 3,000 ft El Capitan in Yosemite National Park ... without a rope. Celebrated as one of the greatest athletic feats of any kind, Honnold's climb set the ultimate standard: perfection or death. Succeeding in this challenge, Honnold enters his story in the annals of human achievement.

On Nov. 8, 2018, a raging wildfire swept through Northern California, engulfing the historic town of Paradise, destroying homes and claiming the lives of more than 80 people. With its ecology, a warming climate, and blunders by its largest utility company, California is the site of unprecedented natural disasters, including the Camp Fire, the state's deadliest blaze to date.

Academy Award®-winning director Ron Howard follows several survivors who must decide whether to leave or remain in an area that has seen unimaginable devastation.

When a young woman is killed by a shark while skinny-dipping near the New England tourist town of Amity Island, police chief Martin Brody (Roy Scheider) wants to close the beaches, but mayor Larry Vaughn (Murray Hamilton) overrules him, fearing that the loss of tourist revenue will cripple the town. Sound familiar?.

Maiden is the story of how Tracy Edwards, a 24-year-old cook in charter boats, became the skipper of the first ever all-female crew to enter the Whitbread Round the World in 1989. Tracy's inspirational dream was opposed on all sides: her male competitors thought an all-women crew would never make it, the chauvinistic yachting press took bets on her failure, and potential sponsors rejected her, fearing they would die at sea and generate bad publicity. But Tracy refused to give up: she remortgaged her home and bought a secondhand boat, putting everything on the line to ensure the team made it to the start line. With their help she went on to shock the sport world.

"Back To The Future"

In this 1980s sci-fi classic, small-town California teen Marty McFly (Michael J. Fox) is thrown back into the '50s when an experiment by his eccentric scientist friend Doc Brown (Christopher Lloyd) goes awry. Traveling through time in a modified DeLorean car, Marty encounters young versions of his parents (Crispin Glover, Lea Thompson), and must make sure that they fall in love or he'll cease to exist.

"Blood Road" follows the journey of ultra-endurance mountain bike athlete Rebecca Rusch and her Vietnamese riding partner, Huyen Nguyen, as they pedal 1,200 miles along the infamous Ho Chi Minh Trail through the dense jungles of Vietnam, Laos, and Cambodia. Their goal: to reach the site where Rebecca's father, a U.S. Air Force pilot, was shot down in Laos more than 40 years earlier. During this poignant voyage of self discovery, the women push their bodies to the limit, while learning more about the historic "Blood Road" and how the Vietnam War shaped their lives in different ways.

A modern Mark Twain style adventure story, "Peanut Butter Falcon" tells the story of Zak (Zack Gottsagen), a young man with Down syndrome, who runs away from a residential nursing home to follow his dream of attending the professional wrestling school of his idol, The Salt Water Redneck (Thomas Haden Church). A strange turn of events pairs him on the road with Tyler (Shia LaBeouf), a small time outlaw on the run, who becomes Zak's unlikely coach and ally.

"The Art of Flight"

"Ski Bum: The Warren Miller Story" chronicles the life and times of the legendary filmmaker who, through his annual ski films and national tours which began in the early 1950's, was a driving force in the development and promotion of the ski industry in America and throughout the world. Miller, who died last year at 93, sat months before his passing for his final interview.