This time, your living room is a venue

There's something ultimately pretty amazing about the resiliency of the human spirit when it comes to what we're capable of normalizing. If you would have told me back in March that the 17th Annual BendFilm Festival would be virtual, I wouldn't have believed you, but that the fest is a virtual AND drive-in hybrid sounds like a joyous experience.

"Diving into the unknown like we're doing this year for the festival is interesting and, truly, not unlike everything we've done in recent years," says Festival Executive Director Todd Looby. "It seems like we have always been doing things that were new, changed, improved and tried always to meet the time we were in. In that way, the Virtual Festival is not much different." 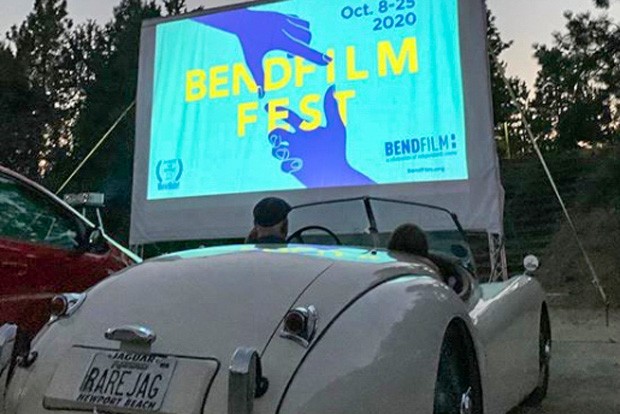 While some of the social aspects of the festival might be somewhat diminished this year, there are also a few added bonuses to doing things the virtual way. For one, the fest runs from October 8-25 this year, meaning there's now plenty of time to catch everything people might want to see. As much fun as it is building the perfect schedule, it also removes some of the stress of having to have everything perfectly timed.

Also, having a livestream for some of the guests this year takes away from the scheduling difficulties, meaning the speakers this year are insanely brilliant. On Oct. 14, Kent Osborne, one of the singular minds behind "Adventure Time," will talk about writing for animation. On Oct. 17, Andrew Bujalski, the full-blown genius behind "Computer Chess" (one of my favorite films ever made) and the godfather of the mumblecore film movement, will talk about the challenges of first features.

"It helps us include filmmakers who have very busy schedules," explains Looby. "We can more easily have them participate in conversations about their craft via streaming options since they only have to dedicate one or two hours of their time instead of a whole weekend to travel for the festival. In our experience, most of those filmmakers would prefer attending the festival because people really want to relax in Bend for the weekend and enjoy the way our staff treats filmmakers, but scheduling has always made that part difficult."

It's obviously not just BendFilm having virtual screenings and panels this year, but pretty much every film festival across the world that has chosen not to go dark. While there is some fear that film festivals post-Corona might continue the trend of virtual screenings, Looby succinctly explains the unlikeliness of that: "I think that once most justified COVID precautions are no longer necessary that people will meet, convene, party, converse, or gather any possible way they can," explains Looby. "That's just how we're built as human beings and why BendFilm has stuck around and even thrived in the Netflix era. When we provide streaming options to meet new audiences or adjust because of COVID, we will still always try to replicate the in-human and connection-focused experience because that is what people need and what our audience seeks from us. For us, watching movies is an active and social experience. It is not a passive one, which, unfortunately, a lot of mainstream, online content is."

I've had a chance to screen many of the films playing this year, and next week I'll dive into the movies themselves and offer some options for programming and scheduling people's own personal BendFilm Festival. The lineup (virtual, drive-in and otherwise) is stronger than ever before, proving that once again BendFilm Festival is at the forefront of exploring the borders of cinema and what it can mean to us as a culture.

BendFilm Festival
Oct. 8-25
Check out BendFilm.org for passes and schedule