BendFilm: Make Your Own Schedule | The Source Weekly - Bend, Oregon

BendFilm: Make Your Own Schedule

This might be completely selfish of me, but I'm pretty glad BendFilm Festival is virtual this year. For one, I'm happy that festival Executive Director Todd Looby and company are doing everything they can to keep us film nerds safe and, two, because I've been sick for the last two weeks and I'm lucky that I was able to watch several of the movies screening at the festival from home.

As of this writing, I'm waiting for my COVID-19 test results to come back. I celebrated my nervousness and anxiety by watching a bunch of movies that are playing at this year's fest. Here are a few I really liked. 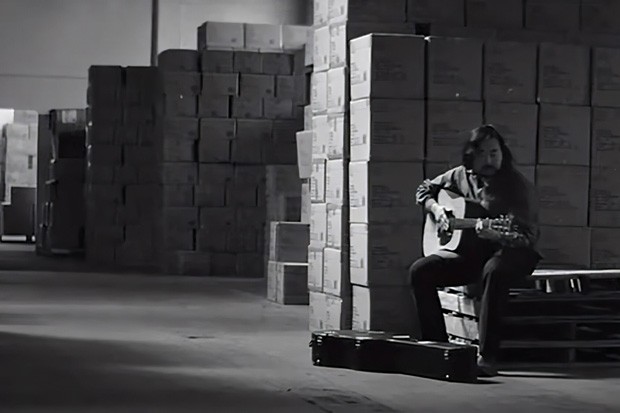 "Fully Realized Humans" - Directed, starring, produced, edited and co-written by Joshua Leonard from "The Blair Witch Project," this is an honest, funny and brutally beautiful look at expectant parenthood and the baggage we carry with us through life. I laughed and cried, sometimes within the space of a single scene. Legit kind of a perfect movie.

"Milkwater" - Quirky, uncomfortable, charming and packed with bittersweet beauty, "Milkwater" should be an unqualified explosion for writer/director Morgan Ingari and star Molly Bernard. A single straight woman in minor crisis rashly decides to be a surrogate for an older gay man and some fairly profound hijinks ensue. I'm very in love with this movie.

"Cholitas"- Pure bottled empathy with stunning cinematography, "Cholitas" is simultaneously a great social documentary and an intensely powerful mountain climbing film. It focuses on a group of six indigenous Bolivian women who set off to climb Mount Aconcagua, the highest mountain in the Americas. A jaw dropper.

"Freeland" - Haunting and elegiac, "Freeland" tells the heartbreaking story of a Humboldt County pot farmer whose illegal operation comes crashing into mass decriminalization. This also has another absolutely astonishing performance from Krisha Fairchild who, after this and Trey Edward Shults' 2015 masterpiece "Krisha," is becoming an astounding new voice in cinema.

"Sapelo" - Filled with beautiful cinematography and potent observations of life, "Sapelo" is a fascinating cultural documentary about the last community of the Saltwater Geechee African-American people on Sapelo Island off the Atlantic coast. A singular look at a vanishing community, this film feels like early David Gordon Green meets late Werner Herzog. Unforgettable.

"I Will Make You Mine" - A deeply sad and romantic dramedy about music and death and the exploration of how we let go and move on with life. Told from the perspective of Asian-American women, it's an original and lovely film brimming with moments of such lovely grace that I'm now a lifelong fan of writer/director Lynn Chen.

"The Younger and the Last of the Vengeants" - A group of teenagers start a wizardry and alchemy business. An oddball delight that feels like "Napoleon Dynamite" by way of a grimy DIY aesthetic. Excellent animation, art and design, this is pure imagination at work from first time filmmaker Eliab Rice—from straight outta Prineville.

"With Spirit" - A deeply personal and exhilarating documentary about endurance athlete Chelsey Magness from Team Bend Racing, who lost one of her twins during birth and cathartically goes on the Patagonian Expedition Race with her husband. Check out Isaac Biehl's coverage of the film in this issue's Outside story on page 25.

"Woman of the Photographs" - A Japanese psychological drama about a beautiful Instagram influencer and a quiet and reserved photo editor who strike up an unlikely relationship. It's like if Ozu and Miike made a movie together: measured pacing meets disturbing plot developments. Can't get this one out of my head.

Check out bendfilm.org for tickets and pricing.