Bendite Makes her Return to "Jeopardy!"

Rachel Lindgren comes back for more in the Tournament of Champions

July 10, 2019
comment
The World Series, Super Bowl and NBA Finals are all pretty great. But there's just something truly special about "Jeopardy's" Tournament of Champions– even more so when a local is fighting for the crown in 2019.

Rachel Lindgren of Bend has made the final cut for returning players, capping off her five-game, $75,999 winning streak from season 34. 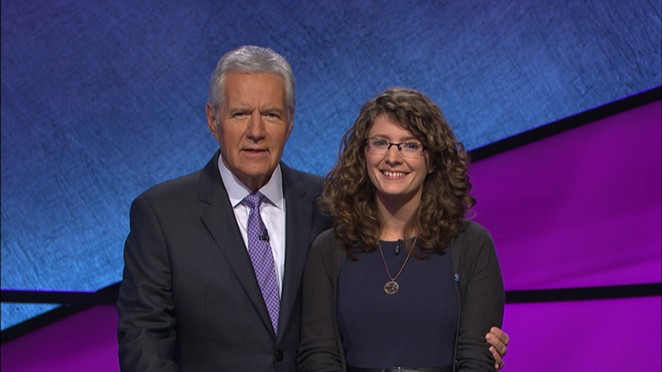 Originally, Lindgren wasn't sure if she'd be selected for the tournament—but it was a possibility she was definitely interested in. "It’d be really exciting to go back. I have kept in touch with the other contestants, it’s been an incredible experience," she told the Source in January 2018.

In total, the field consists of 15 players, all of whom won the most games since the last Tournament of Champions, along with the most recent winners of the Teachers Tournament and College Championship. Included in the lineup is James Holzhauer, whom you might remember from this year for ripping off an incredible 32-game win streak worth over $2 million. Talk about a payday.

This time around, the competitors will put their minds to the test to compete against each other for the $250,000 grand prize. Season 36 officially begins on Monday, September 9, and The Tournament of Champions is a 10-day event airing from November 4 to 15.

Be sure to have your popcorn ready and get on board with #TeamLindgren if you haven't already.

You can meet the rest of the competitors below.