It has name recognition all over the state and region—but effective immediately, Bend's biggest venue will no longer be known as the Les Schwab Amphitheater. Redmond-based home builder Hayden Homes is now the name-in-title sponsor for the Old Mill venue, entertainment company Live Nation announced Tuesday.

Hayden Homes, established in Redmond in 1989, is the largest privately owned home builder in the Northwest, operating in Oregon, Washington and Idaho. 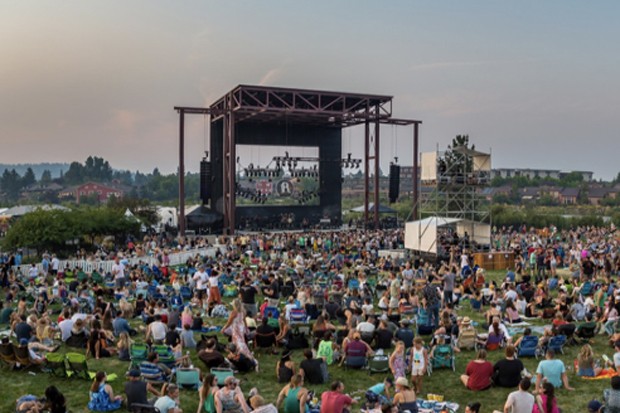 "As a local homebuilder established in Central Oregon, over 30 years ago, we are proud to partner with the Old Mill District and Live Nation to support an iconic venue that has a long commitment of bringing the community together," Steve Klingman, president of Hayden Homes said in a press release.

The owners of Les Schwab Tire Centers Inc., the tire company founded by Les Schwab in Prineville in 1952, sold the Bend-based company in 2020 to Meritage, a California-based investment firm that also owns Columbia Distributing.

"The Les Schwab organization will still be meaningfully engaged at the venue," Live Nation's release stated.

The amphitheater has undergone changes in recent years, undergoing a renovation to expand the stage and add VIP areas for the 2021 concert season. This year was the first year of the venue's partnership with Live Nation, which put on 25 shows over the summer and fall.