Brian Potwin On Hwy 20/Greenwood Ave. and 8th St (both east and westbound).

We've been covering the hell out of Bend's bicycle infrastructure improvement plans, so it's a happy day when we can reveal results. Though the bike lane below (on Greenwood) is not new, the high-viz green paint is. 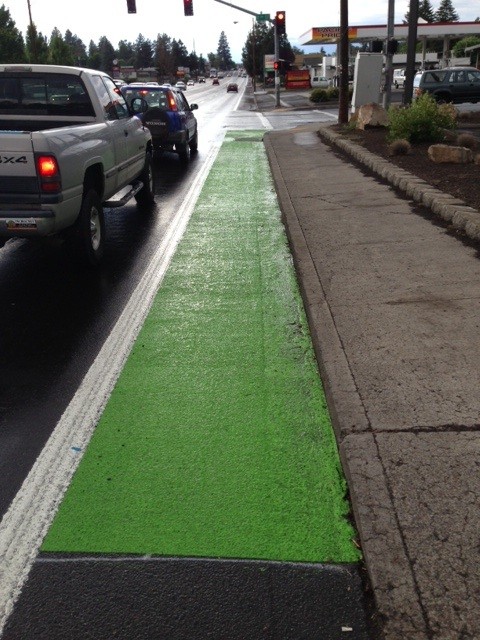 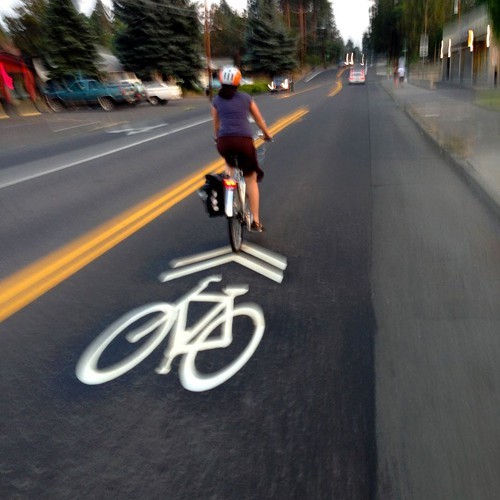 As you've no doubt noticed, they've also begun work on the Riverside/Franklin project, which should be completed by fall.

And, just last night at a Bend Metropolitan Planning Organization meeting, Commute Options executive director Jeff Monson again asked that the city implement a bike share program (Commute Options already has its own). Councilors Mark Capell and Victor Chudowsky were both in favor of such a program. Both said they'd help Monson do some "fact finding" and help search for grant money.

"I think it would be awesome—let us know what you need," said Cappel.