Bend's Poor Rating in LGBTQ Equality Can Be a Roadmap to Inclusivity and Continued Economic Prosperity | Editorial | Bend | The Source Weekly - Bend, Oregon

This week, the Human Rights Campaign, the country's largest lesbian, gay, bisexual, transgender and queer civil rights organization, released its Municipal Equality Index, which rates U.S. cities based on cities' LGBTQ policies. The 506 cities named were rated on things including whether the city has a human rights commission, whether a city's employees have access to transgender-inclusive health care benefits and whether a city requires its contractors to have employment non-discrimination policies that include sexual orientation and/or gender identity, among other metrics.

The national average score was 64 out of 100; Bend scored a 58. By contrast, Gresham scored a 70; Salem 90 and Portland 100. Among the eight cities rated in Oregon, only Ashland scored lower than Bend, at 55. Not only do municipal policies create a more supportive and welcoming atmosphere for LGBTQ people, but they can also have economic benefits. 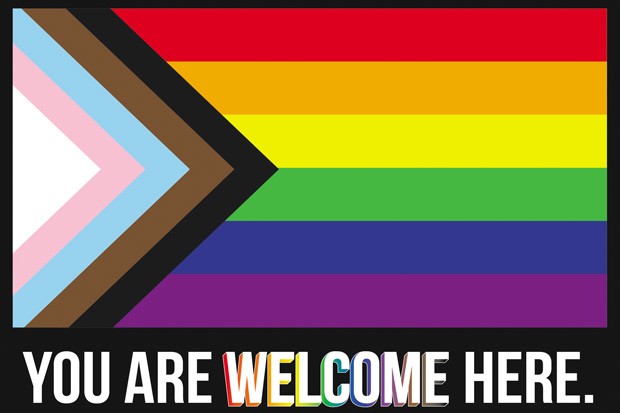 Drawing from an October 2019 City Lab report titled, "The Geography of Tolerance," HRC notes, "A growing body of research shows that openness to diversity and inclusiveness is not a byproduct of communities that achieve economic prosperity, but rather a key element in the formula that leads to economic growth." What's more, as HRC's report detailed, "Businesses actively take into account local laws and policies when making decisions about cities in which to headquarter, relocate, or expand. In fact, the nation's top businesses are becoming increasingly vocal in their support for laws and policies that protect all of their employees and their families at home, in the workplace, and in their communities."

As Bend continues to grow and diversify, these should not be passing considerations; they should be part of an ongoing conversation about how the city grows into the best version of itself.

Bend clearly has room for improvement as it pertains to LGBTQ equality and opportunity—though it's also important to note that the ratings were reviewed by the individual cities back in March.

As the country continues to grapple with the pandemic and racial justice, something that happened nine months ago can seem like years ago—and in this case, those nine months have also brought progress not reflected in this rating. It's instructive to point out that some of the points that Bend missed out on have since been remedied. The city received zero out of five points for having no Human Rights Commission; but it started the process of creating one this summer. Bend received zero out of two points for an "enforcement mechanism in Human Rights Commission." Bend's new Human Rights and Equity Commission, in the process of forming right now, has the potential to enact some type of enforcement or remediation process. Bend also received zero out of five points for the lack of an LGTBQ liaison in the city executive's office; again, perhaps an area of opportunity for the HREC.

The City received zero out of two points for lacking openly LGBTQ elected or appointed leaders; with the election of Rita Schenkelberg to the Bend City Council it can gain those back. It could also gain five more points, for which it got zero this time around, if the city's leadership communicates a public position on LGBTQ equality, and another 10 for creating an LGBTQ police liaison. In the potential for more services for homeless LGBTQ individuals and LGBTQ youth, it has the opportunity for gaining even more points. Yet while points can serve as a marker and a motivator, it's crucial to remember that what is really gained is support and acceptance for some of the city's most marginalized.

Reports like the one HRC just issued serve not as a repudiation for cities, but a clear roadmap to improvement. With a new class of city leaders beginning its tenure in the new year, this is a road Bend can and should get on.