Before Ivan Johnson opened The Spot Barbershop, he dreamed of running a place that had that classic “barbershop vibe,” filled with music, people chatting about sports and the news of the day, and maybe enjoying a drink—a place like the shops he knew in Portland, where he’d grown up. After working at several shops around town, Johnson realized that dream in 2018 when he opened The Spot along SE Third Street in Bend.

“I wanted to make it tight knit, with a community connection,” Johnson said.

Initially opened as a classic men’s barbershop doing fades and other cuts, word quickly got out that Johnson had skills women might be looking for, too.

“Being one of the only people in town that knows how to braid or do dreadlocks, word spread,” Johnson told the Source. These days, you’re as likely to find Johnson doing braids in a woman’s hair as you are finding him giving a man a beard trim. “It went from being a place for mainly men to being a place for everybody, really,” Johnson said. 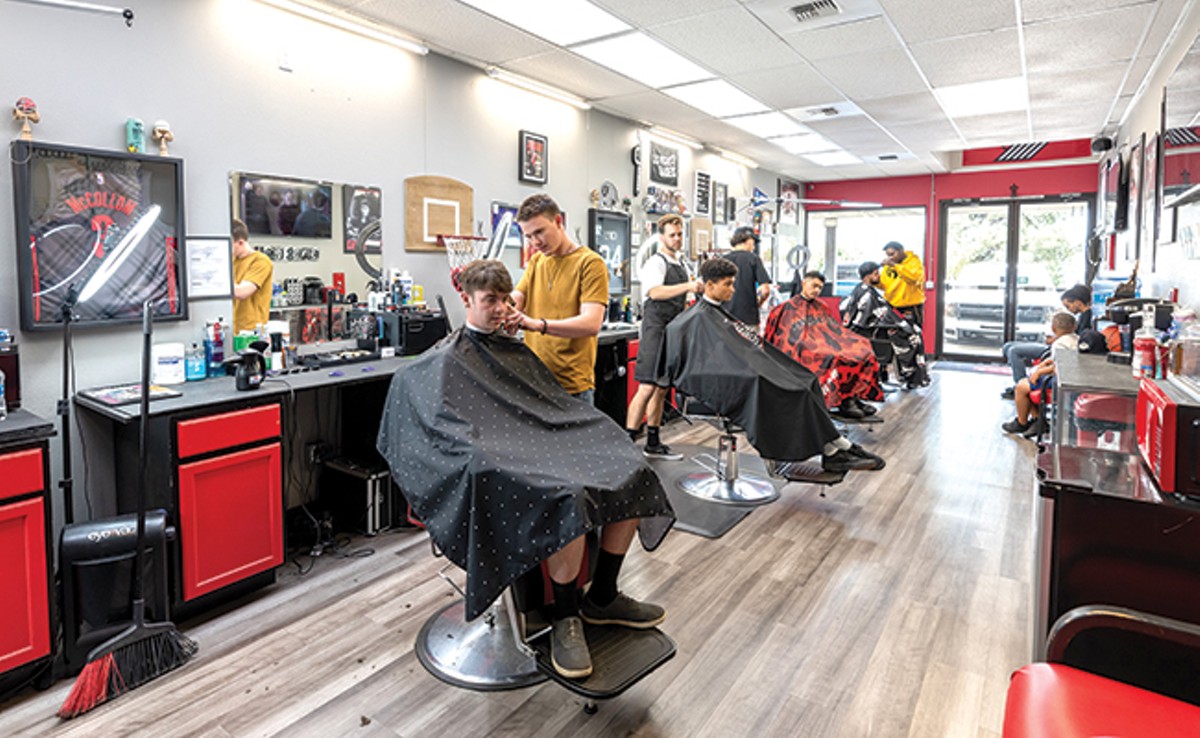 With a current total of five barbers, this “spot” offering hair for everybody is finding itself booked out quickly, and Johnson hopes to soon expand The Spot to offer even more chairs.

And with the win as Best Barbershop in the 2022 Best of Central Oregon readers’ poll, we’d say that’s probably a wise choice.