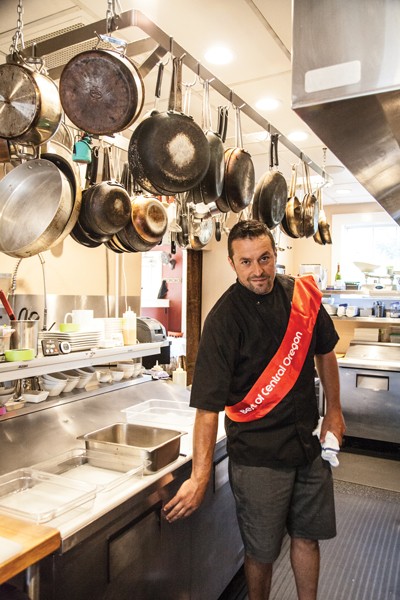 While he's not the namesake of the Westside upscale eatery Ariana—that would be his lovely wife and co-chef—Chef Andres Fernandez is certainly one-half of the inspiration behind the meals at one of Bend's finest dining establishments, and one outta two ain't bad. After meeting in culinary school at COCC a decade ago, Ariana and Andres opened Ariana in 2004 with the goal of highlighting the fresh and simple ingredients that are abundant in the Pacific Northwest.

"We've worked hard to keep learning and changing, and to always get better at what we do," said Andres, who explained that the couple's now seven-year-old daughter Gabriella used to nap in the back of the house as a toddler while he and Ariana worked away in the kitchen. "We've matured. When we started we had really good ideas and I think as time goes on we have created our own style."

It's the restaurant's consistency and diverse five-course tasting menu that afforded the couple the opportunity and honor of cooking for the James Beard Foundation in New York City earlier this year.

"It was really cool cooking in that place where all the greatest chefs have cooked," said Andres. "And to be in New York and going to a bunch of restaurants we always wanted to go to. It was a great experience to be cooking there, but also to go and learn new things and see what other chefs are doing, too." (BB)