A chat with Central Oregon's own Boss Rambler, which took home the Best New Brewery award at the Oregon Beer Awards

Boss Rambler Beer Club did a cool thing, taking home the Best New Brewery award at the Oregon Beer Awards Feb. 18. The spot opened in April, bringing a brightness to the local beer scene. Instead of the typical industrial feel, the Beer Club looks like something straight out of a home magazine. With the white shiplap walls and pops of color, it evokes a feeling of being on vacation. 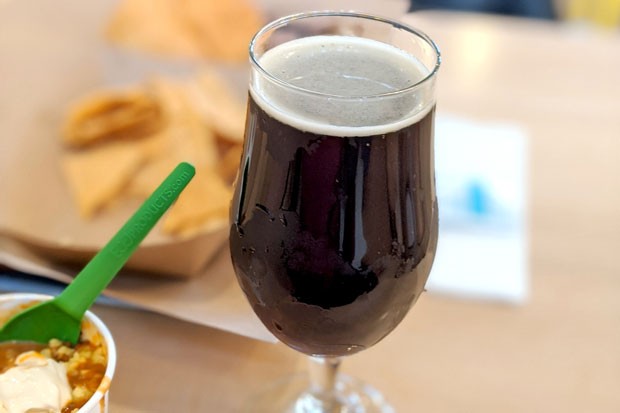 Plus, the beer is fantastic; fresh and super drinkable. I chatted with Matt Molletta, one of the owners, about Boss Rambler's success and more.

Source Weekly: What do you think are the key factors in making you the best new brewery in Oregon?

MM: I'd like to think the biggest factor is that we're making some damn good beer! Aside from that, I think it's because we're having fun/not taking ourselves too seriously and we came in with a fresh take on the whole brewery experience. We've got a fun vibe and unique space that people really dig, and we're making exciting beers that people want to drink.

SW: What challenges has Boss Rambler overcome to become such a success?

MM: Beer supply. We were so busy this past summer that we couldn't keep up and ran our taps pretty lean. We're looking forward to hopefully being able to keep up this year and give the people what they want: more beer!

We weren’t expecting to win anything. If you were at the awards or watching live online, you saw firsthand that our crew wasn’t even together to accept the award.—Matt Molletta tweet this

SW: What is the thing you are most proud of for Boss Rambler?

MM: There are so many things I'm proud of, I'm not sure there's one that sticks out most... although, one thing I can say I'm really stoked on is the diversity of our customer demographic. I think our vibe and offerings has naturally resulted in a younger, forward-thinking crowd, which includes a lot of women and families, but we're also attracting an older crowd who are excited about the "new wave" of beer. We're breaking down barriers and the stigma that beer is just a "dude's drink" which has created a really fun and inviting atmosphere at the Club.

SW: Were you surprised by your OBA win?

MM: Absolutely. We weren't expecting to win anything. If you were at the awards or watching live online, you saw firsthand that our crew wasn't even together to accept the award. Joel (Scott) was in the restroom and I was in the balcony looking for the guys when the award was announced, which left Jacob (Bansmer) on the stage all alone to accept the award!

SW: How did you celebrate your big win?

MM: Naturally, many beers were had with the team and industry friends following the show...it was a bit of a party! A couple weeks later we had an official party at the Beer Club to celebrate with all of our customers and crew. It was a blast to drink beers with and acknowledge the folks who have helped us get to where we are.

SW: What is next for Boss Rambler?

MM: We've got a bunch of fun stuff on the horizon. We just brewed an IPA collab with our friends Ruse Brewing (the 2019 Best New Brewery) that will hit in a couple weeks. We've got another collab with our buddy Charlie at Allegory Brewing coming up, as well as our one-year anniversary party at the end of April that should be pretty epic.