Sicilian-style pizza may not be as well known as its Neapolitan, New York or even Chicago-style counterparts, but anyone who has visited Rush's Squares know it's as good as any of them. The cart got its start this year after Mike Rush, the cart's founder, spent months making and delivering pizzas in his free time. 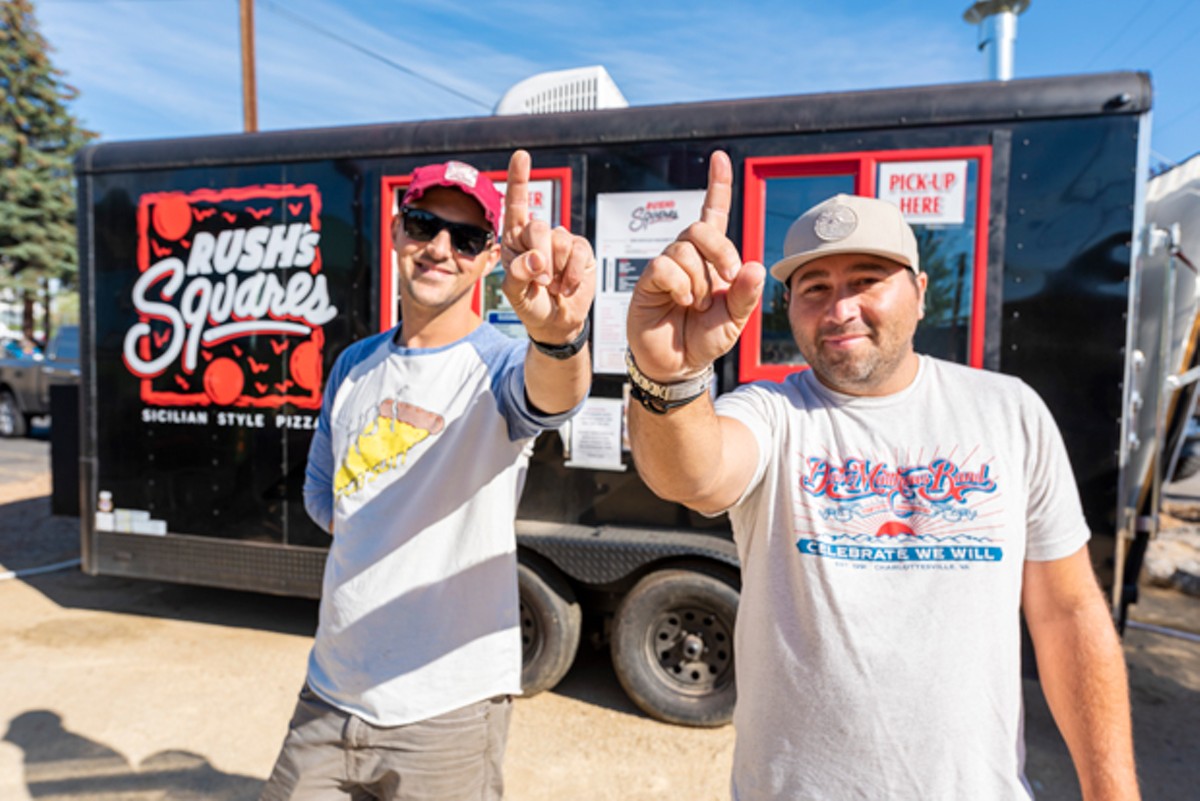 "I was working a full-time job that I didn't really like, and I started making these pizzas at home and I put it on Instagram," Rush said. "People liked how it looks so much they started ordering pizzas from me, and after a couple weeks I was booked out two months. So I'd go to work 10 hours, get off work and make pizzas and deliver to people at night."

The square pizzas are pressed and proofed to give it a more bread-like crust. Rush has worked in pizza for years but only recently branched out into the Sicilian style.

"I've never messed with it until about a year ago, and I just found out it was really delicious," he said. "Detroit-style pizza is very similar, I just pan it like deep dish out of Chicago, it's all stemmed from the same kind of thing."

These days, Rush's Squares is located at The Office, Silver Moon Brewing's food cart lot. Rush said so far people's favorite pizzas have been the Fancy Pants, the Bendite and the meat Carnie(Vore).