Best of Both: A bike race on both road and single track | Go Here | Bend | The Source Weekly - Bend, Oregon

Best of Both: A bike race on both road and single track

Plenty of people can race in a road or mountain bike race. Fewer can do both, all in one day. But that's the idea behind the Best of Both bike race this weekend, staged at Wanoga Snow Park. With a 61.6-mile road race, followed by a 23.4-mile mountain bike race, racers who do both are truly next-level athletes. (Racers can also join a team, parsing out the road and mountain bike courses to a different rider.) 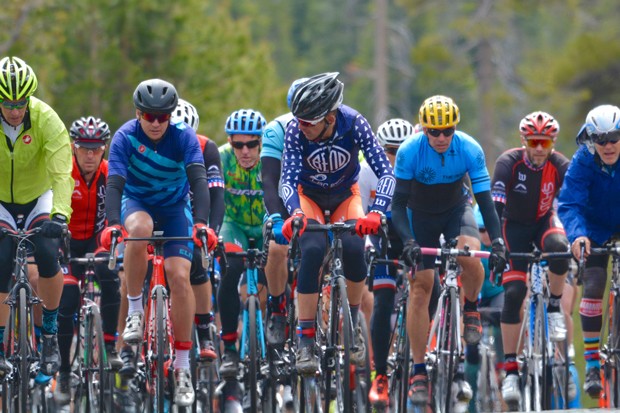 Race Director Dominic Phipps, who launched the race last summer, says he conceived of the idea back in England, when he used to hang out with the British Army's mountain and road bike race teams—who were continually debating about which discipline made the faster, better rider.

"I thought it might be fun to go through a challenge, to ride against each other, on the road and off the road," Phipps told the Source.

He never did get to do that in the U.K., so the Bend races have been his chance to see the idea in action. "Nobody's ever done it—so I was a little bit surprised about that," Phipps said.

In addition to solo, team and a speed contest prizes, this year, Phipps has added a "Single Steed Quiver Killer" category, awarding a prize to the male and female riders who finish both courses on a single bike—the ideal setup for the many who are jumping onto the gravel bike bandwagon.

Phipps says the race will be more set up for spectating this year, with an expanded arena-like staging area at Wanoga, a beer garden, food carts and music.