I don't have any tattoos but I want all of them. That's the problem. I bounce between wanting slasher movie\Little Prince\Jhonen Vasquez\comic book tattoos so much that I'm paralyzed in my decision-making process. Monolith Tattoo Studio is the first studio I've seen where I would gladly go in and let any of their artists put whatever inspired them on my skin. 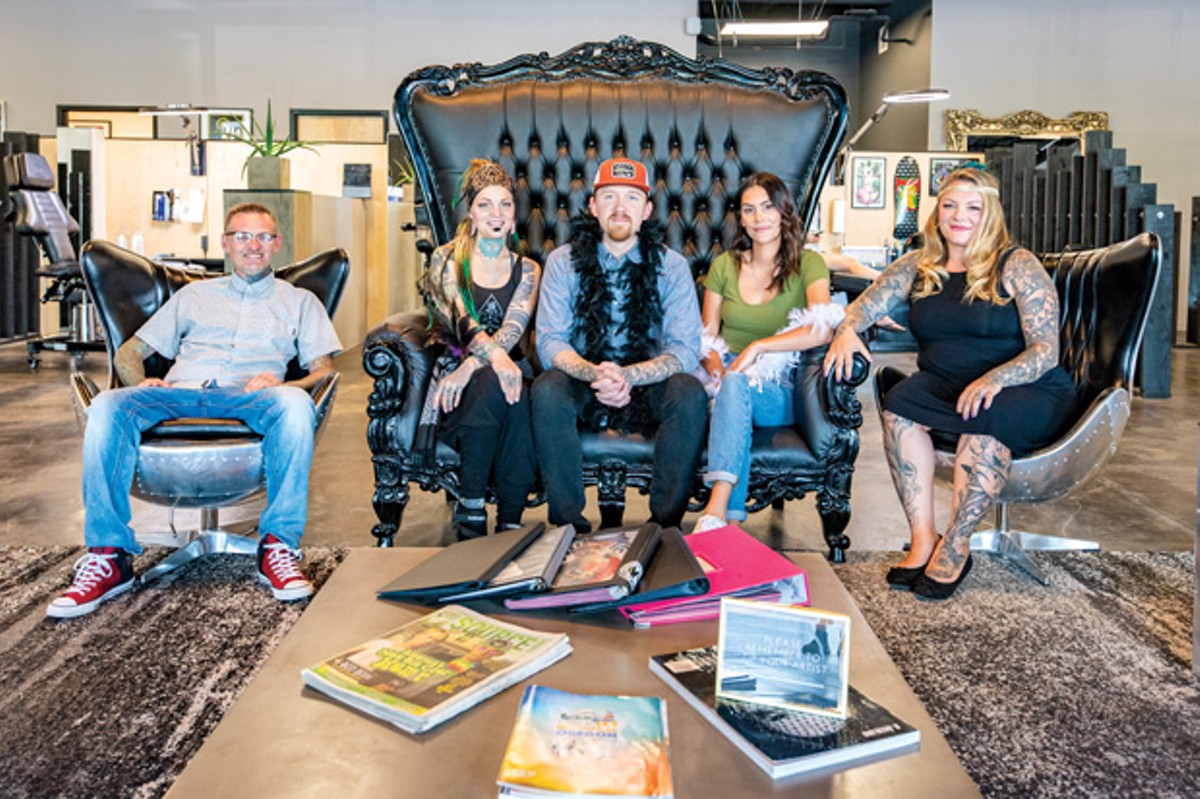 Studio Manager Madison Kettwig helps me understand what makes Monolith so special. "Monolith is one of the most well-known studios in the Pacific Northwest and that is all because of a solid foundation created eight years ago by Edward and Melanie Kehoe, our studio owners," says Kettwig. "From the beginning, Monolith has been the 'client-comes-first' studio and everyone that joins the team is on the same page. Tattoo studios can be SO intimidating and we know the importance of a welcoming embrace and a good attitude. I've seen too many shops where the artist comes first and the client comes second. We believe that for the most quality work and experience, mutual trust and communication between client and artist is pertinent."

Tattoos used to be such a fringe and edgy statement—the province of bikers and goths, co-op managers and hipsters, that it's become somewhat jaw dropping to see how prevalent it is in 2019.

"Tattoos have evolved into a necessity for pop culture, the concern now is over-saturation of artists and studios," says Kettwig. "I personally believe body modifications have increased in desire because our culture has evolved from hiding our problems behind smiles and fake laughs and pretending like we are something we aren't, into a society that celebrates individuality and creativity—and I hope the progressive behavior never stops!"

Kettwig also explains another drawback to the proliferation of such booming tattoo demand. "Many artists don't have any opportunities to create their personal custom art pieces," says Kettwig. "These artists have honed the craft of tattooing and have a wealth of knowledge about what truly goes into a successful and stunning piece, and unfortunately, because their options or knowledge gets overlooked, artists lose motivation within the industry."