November 15, 2018
9 comments
Ask a local how they feel about the traffic on trails and natural areas in Central Oregon, and chances are they'll tell you that things are way too crowded. Some might even say that the wilderness areas near Bend are being "loved to death"—the phrase used in a post written by local writer Katy Bryce in 2016. That post went viral, and the phrase became a battle cry for longtime locals.

This morning, the Deschutes and Willamette National Forests issued a Draft Decision Notice for the Central Cascades Wilderness Strategies Project. Under that Decision, 30 of the 80 trailheads in the Three Sisters, Mount Washington and Mount Jefferson Wilderness areas would fall under a limited-entry permit system during the busiest times of the year.

Some areas included have seen exponential increases in use in recent years. A release issued today stated that supervisors believe the plan will "sustain recreational use and ensure wilderness character is protected for future generations."

Beginning in spring 2020, visitors would need to obtain permits for those 30 trailheads when they visit from the Friday before Memorial Day through Sept. 30 each year.

While not yet official, the Draft Decision states that those trailheads would require permits and have day-use quotas—meaning there would be a cap on the number of permits issued each day. Right now, each group entering an area requiring a self-issue permit creates just one permit for the group.

Visitors would be able to reserve some permits in advance—though some day-of permits would also be available.

The Forest Service's Draft Decision states: "For those trailheads that will have limited entry, it is our commitment to allow for a proportion of  permits/use to be reserved in advance and the remainder to be available on the day or day before a trip starts; for day use, the majority of permits will be available shortly before the trip starts." Thus far, officials have not announced the cost of permits. 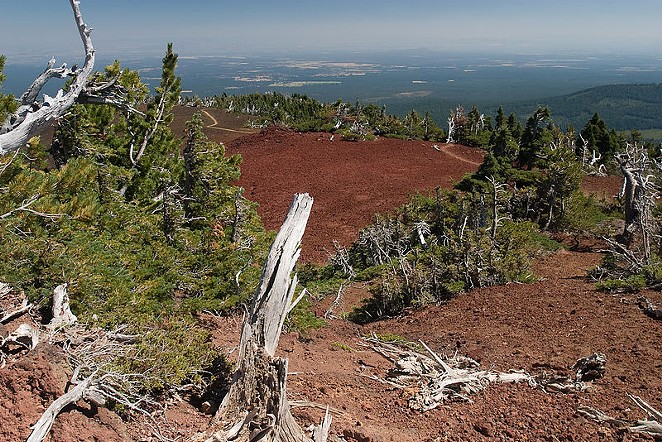 The Forest Service announced a public scoping process on this issue in May 2017. While some user groups expressed concern about a permit and quota system going too far and restricting use too much, some expressed satisfaction with today's announcement.

Oregon Wild's Erik Fernandez told the Source Thursday that the plan should be a reminder to Oregon's Congressional delegation that the state needs more protected wilderness areas.

"Oregon has less protected Wilderness than all neighboring states and that's where people like to hike," Fernandez said. "No one likes hiking through clear cuts. Senator's Wyden, Merkley, and Walden should interpret this as a prime reason to protect more Wilderness areas in Oregon."

Only 4 percent of Oregon is protected as wilderness, Fernandez said, compared to 15 percent in California, 10 percent in Washington and 9 percent in Idaho.

While the cost of permits has yet to be determined, Fernandez says that's a crucial aspect of the process.

"From an equity standpoint, this is something we'll be watching very closely. We will oppose a price that makes it more difficult for Oregonians of all backgrounds and income brackets to participate in," he said.

“Many equestrian trail riders are concerned that the soaring popularity of our wilderness trails is having a detrimental effect on the wilderness experience.  While not everyone agrees a permit system is the right answer, most of us believe that steps need to be taken to limit the damage," said Kim McCarrel, spokeswoman for Oregon Equestrian Trails in the Deschutes NF's Thursday release.

"...As community members raising families in Bend, we’re heartened by the Forest Service’s efforts to ensure future growth and associated wilderness use will be managed with both user experience and wilderness health in mind," stated Kevney Dugan of Visit Bend, the organization tasked with promoting Bend. "The Forest Service’s move to help preserve our wilderness areas is aligned with shifts Visit Bend has made in recent years to support a more sustainable model for enjoying Bend’s outdoor spaces.”

Members of the public have a chance to file objections over the next 45 days. Forest Supervisors will issue a final decision in February, and the plan will go into place in spring 2020.