I'm a 27-year-old guy. I'm short, and honestly, I'm not that physically attractive. I am nice, funny, and on the fast track in my career. My friends say bluntly that the more money I make the more women will be interested in me. I'm sure that's true, but I'm interested in falling in love, not just finding a gold digger. Advice? 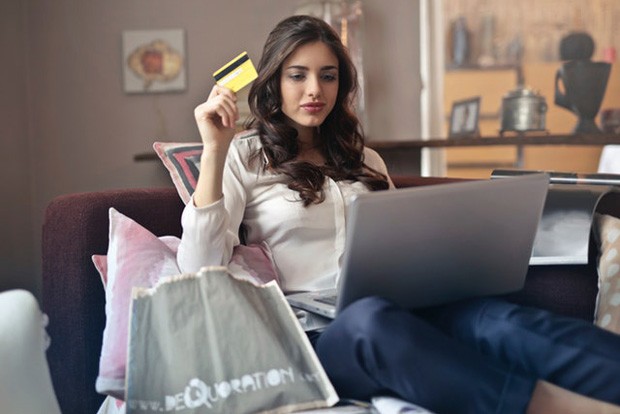 It would be nice if there were an easy way to identify the gold diggers — like if they showed up for dates carrying a giant golden shovel instead of a handbag they got on sale at Marshalls.

The thing is, a man's earning power has an effect on kind, loving, generous women, too, to the point that Captain America hunko Chris Evans would likely see a major dive in his sex appeal if he were more, um, Captain Coat Hanger — earning just enough to sleep on a futon in his friend's walk-in closet.

Guys sneer that women are shallow and terrible for caring about how much money men have, while many men would be just fine with dating a starving artist — a seriously hot starving artist, that is.

There's some history—evolutionary history—that explains the looks versus income difference in the sexes' mating priorities. Ancestral women could get stuck with some bigtime costs from having sex: possibly going around pregnant for 9 months (with all the fun of digging for edible roots in between hurling from morning sickness) and then having a kid to drag around and feed. Ancestral men, however, could choose to put way less into in the reproducing thing — just dispensing with a teaspoonful of sperm and maybe a parting grunt or two.

Men, in turn, evolved to prioritize hotness when seeking mates — features like youth and an hourglass figure that suggest a particular lady would be a healthy, fertile candidate for passing on their genes. And while partner-seeking ladies of course appreciate a nice view, biologists Guanlin Wang and John Speakman write that women evolved to be more "sensitive to resources that can be invested (in) themselves and their offspring" — as in whether a particular dude could bring home the bison or whatever.

Wang, Speakman, and their colleagues explored the impact of "resources"—that is, a person's economic status—on their physical appeal to the opposite sex. They showed research participants in China, the U.S., the U.K., and Lithuania a stack of cards with images of silhouetted bodies of the opposite sex with varying levels of attractiveness and had them rank the images from most attractive to least attractive. (The researchers converted the rankings to a scale of 1 to 9.)

Next, the researchers randomly assigned salary numbers to the body pix. They brought participants back—at least a week later—and again had them rate the attractiveness of the figures, but this time given the salary paired with each bod.

Upon tabulating their results, they found a major sex difference in how "responsive" the attractiveness ratings were to an increase in salary. If a man's salary increases by a factor of 10—if his salary becomes 10 times greater—he goes up about 2 points (1.92 on average) on their 1-to-9 attractiveness scale. So, for example, a salary of $50,000 x 10—$500,000—gets a guy 2 points higher in hotness.

Meanwhile, in bummerific news for female honchos, for a woman to achieve that two-point hottitude bump, her salary would need to be multiplied by 10,000. In other words, a woman making $50K would have to make $500 million to be hotter in a man's eyes. (No problem...right, ladies? Just get yourself promoted from legal secretary to international drug lord.)

The researchers note that because men are "largely insensitive to cues indicating resources" in women, women have to make themselves "physically more attractive" to improve their mating prospects. Men, however, "can offset poor physical attractiveness, or further enhance existing good looks, by demonstrating their large levels of resources."

This does draw the gold diggers, but again, a woman doesn't have to be a gold digger to be attracted to a man with money. To protect yourself from those who only care about the money, look for "inner beauty," or what everybody's grandpa calls "character." Get to know her friends and family. And get to know who she is over time and across situations.

There are clever sociopaths who keep up appearances even when tested, but over time, they tend to reveal their true selves in small ways. By weeding out the rotten apples, you make space for a woman who sincerely cares about you — and can't help but find you attractive in the right light, such as the recessed spotlights on your Gulfstream jet.