The COCC professor is one of Bend's most influential artists. See his show.

by Nicole Vulcan and Danielle Meyers

July 06, 2018
1 comment
Bill Hoppe's retrospective, "Painting and Paper Projects, 1970 to 2017" opened at the At Liberty gallery in downtown Bend yesterday. We chatted with Hoppe Thursday at the opening of the show:

Bill Hoppe: "I am just getting back from two weeks traveling in Europe. I'm sick, tired and I have never been better."

SW: Where do you get your inspiration?
BH: "I let the work find itself... You can't possibly know the result until you act it through." 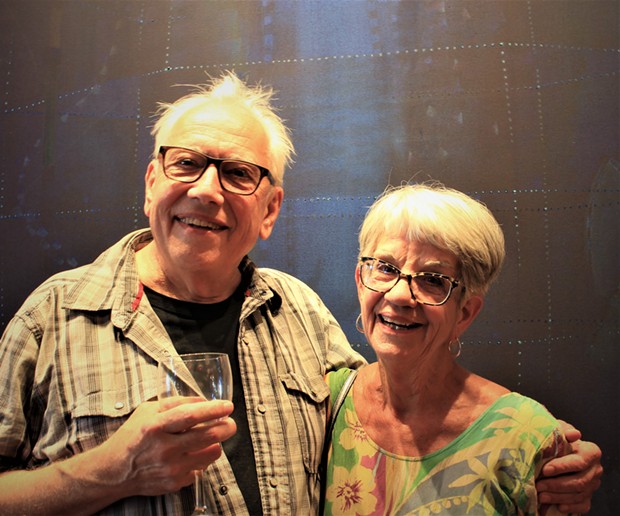 The show runs through July 28.

Get down and see the show, peeps, part of tonight's First Friday loop.

And check Teafly's writeup about the Hoppe show, published in the Source last week.