Bill Hoppe's Works, the Last at the Liberty Theater

Artist Bill Hoppe's latest show, Gradients & Gatherings, is on display through Sept. 26 at the Liberty Theater—the final installation in the gallery before it closes its doors. At Liberty, the collective that originally planned the show, announced last month that it was merging with Scalehouse Collaborative for the Arts for future installations and events, with future locations for works TBD. 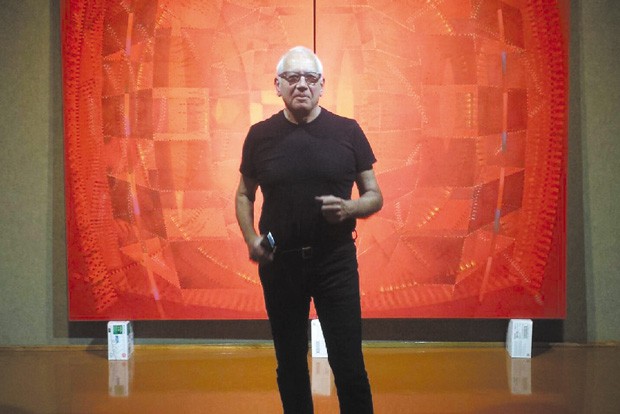 Hoppe, a longtime artist whose work has been seen in the art museums of Seattle, Tacoma and Portland, as well as the Oregon State Capitol, recently retired from teaching art at Central Oregon Community College. With "Gradients & Gatherings," he's once again created a series of large-scale works—this time, with the Liberty Theater space in mind. We sat down in the gallery to chat about the work.

Source Weekly: Can you describe the work for our readers?

Bill Hoppe: The work actually started two years ago when I did an exhibition in this space in 2017 where I showed drawings from the '70s and early 80's, big and long—100-foot-long, 80-foot-long drawings, and in order to support them, I had to build these canvas supports.

The canvas supports have now become the supports for the paintings for the show. So, all of these canvases have been in here before but not looking like this. I like that idea.

BH: I took the drawings off the supports and was left with the blank canvases. Having done the show in the space, I knew how difficult this space is, but I love it. 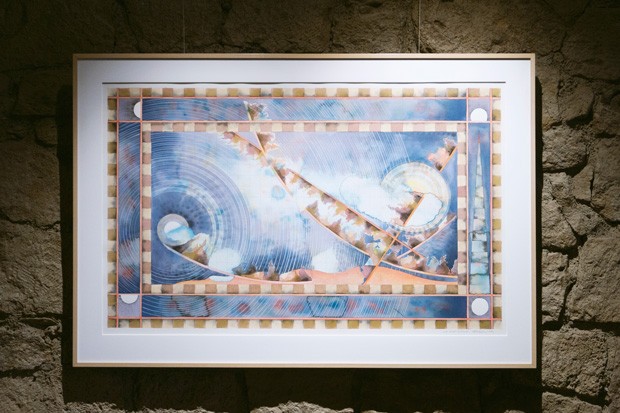 Having the work address the environment that it's in and weld itself or express itself in some way with the architecture—because my work is pretty architectonic in a lot of ways, the geometry of it. So I conceived of four big canvases composed of all the little canvases that I had and started painting.

The times always gets into the work in some way. If not, usually just in my own mind more than symbolically or literally, but I started working with the idea. There's a print of a Ship of Fools that has this beautiful central focal point rises up and then there's sort of sail-like form. I've always wanted to do a painting of Ship of Fools. So one became the Ship of Fools.

SW: When did you start making these works?

BH: This one [points to the painting, "Unfathomable Loss," which includes an all-black panel surrounded by painted panels] I started in 2020. I needed to present the viewer with the experience of this big, sudden kind of disappearance of the painting and the form. If I could put a hole in the wall with it, I would, but that's as good as I could do.

SW: During the last show in this gallery, you had sketches on the side, like preliminary stuff. You have that this time, too. Is it a common thing for you to put like your preliminary or unfinished works out when you do a show?

BH: You create a body of work over a lifetime. In order to understand the how the work came to be, you have to present the initial steps. I do a little retrospective. I like to inform the viewer of how the work is generated.

SW: Not everybody does that—do you think that's because you have been teaching all these years?

BH: It is, in part, because I want to teach but it's also a part for my own. 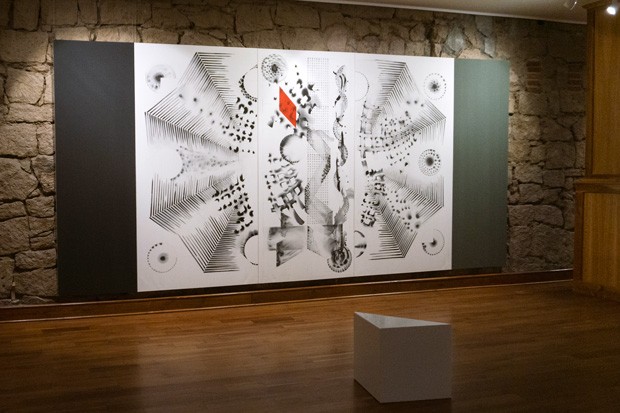 SW: In terms of process, how do you know when the work is done—or do you know?

BH: I don't know it's done until someone has seen it. It's done when I just don't want to work out anymore or I know it's gone to where I didn't know where it was going to go. It's an arrangement that we've worked out. I make a lot of mistakes and the mistakes tell me to go in a different direction because I can't cover the mistakes.

I have to incorporate them because everything is transparent in the paintings. But I love that— I love the layers, the transparency.

BH: It's like no, we're satisfied with one another.

The artist is on hand Friday evenings to discuss the works, with a final event planned for the weekend of Sept. 25.