COBIPOC partners with Scalehouse for show opening on First Friday

Hang around Bend long enough and you're sure to see it: the bumper sticker that reads, "Be Nice You're in Bend." While benign enough on its face, at least one group of local creators and artists of color see it as a sign of exclusion and supporting the status quo—one in which Bend maintains the reputation of lacking diversity and being "so white." Be nice, don't rock the boat, don't complain about things that might be unjust. 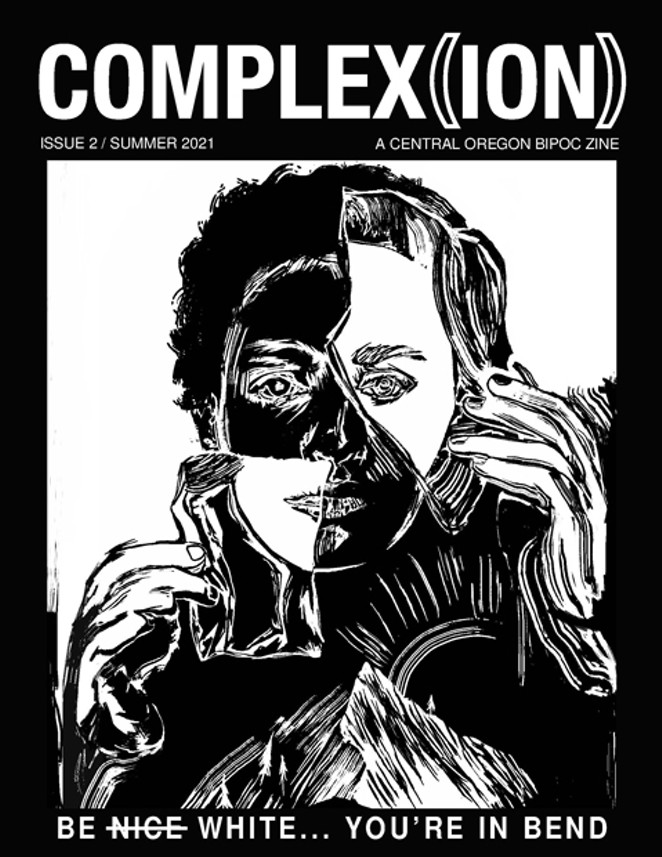 "There's always this ethos of, we are nice," said Dan Ling, member of the local group, Central Oregon BIPOC, or COBIPOC. "And then when people speak out against injustices that we see, people are like, well, I'm supportive, but I don't think it needs to be this loud, this violent, this in-my-face, whatever. And it's this idea of niceness that, in itself, is a tool of oppression and silencing."

With that sticker in mind, COBIPOC set out to create a zine at the start of the pandemic—one conceived and carried out by the people of color who live in the region, and who, the group points out, number in the thousands—far more than the traditional narrative might support. One definition of a zine, for those not in the know, is "a self-published, non-commercial print-work that is typically produced in small, limited batches," according to The Bindery, a printer of book, literary and print art.

"The idea of creating a magazine or zine was kind of two-fold," said Bear Patton, a local artist and founder of the group. "We wanted to bring people together, especially BIPOC folks—but to create something that was COVID safe."

After creating the first issue of the 'zine, titled Complex(ion), late last year—featuring art, poetry and other written works from over a dozen local people of color—COBIPOC teamed up with Scalehouse to set up a gallery show in Scalehouse's downtown Bend space.

The show, which opens Friday, is titled "Be Nice White... You're in Bend: Local Artists of Color Challenge the Narrative that Central Oregon Has No Diversity," and hearkens back to that popular sticker seen around the city. In addition to other pieces on display, the opening night of the show will include an interactive exhibit, "Line in the Sand."

"Ten containers of different colored sand will be placed around an empty glass frame," Scalehouse described in a release. "Each of the colors of sand represents a challenging experience that BIPOC in our community might face, from microaggressions to violence or systemic oppression. BIPOC visitors are invited to take a scoop of the sand that represents their experience and place it in the frame. As the layers accumulate, a picture will form of the various lived experiences of BIPOC in our community." 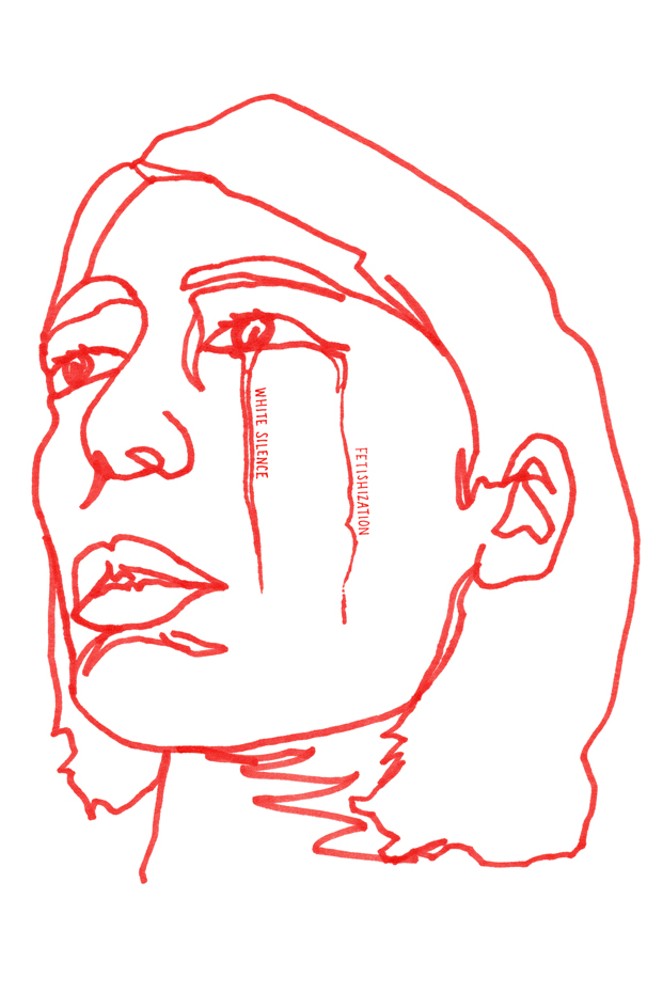 Another piece, titled "Intrusion," mixes audio recordings and digital art and further shares locals' lived experiences. Also included in the group's zine is the image on this week's Source Weekly cover, titled "Human DNA." Patton, who identifies as Korean American, said she created the work after conducting an interview with a local Black woman.

"People don't always recognize what makes us human, and that we have human experiences, too. Being a queer Asian woman, I often feel—I've had a lot of experiences of being fetishized and exotified from an early age," Patton told the Source Weekly. "This woman who I was interviewing was talking about her own blackness and feeling like she's never Black enough, and feeling like living in a white community, there's a lot of tokenization that happens. When you are a person of color who's fetishized and exotified, demonized and stereotyped, it's hard to really just get to experience the things that all other humans get to experience—especially white folks."

The "Be Nice White You're in Bend" opening night event happens from 5 to 8pm at the Scalehouse Gallery. Visitors can enter on the Tin Pan Alley side of the building. The show is open through Sept. 25, and the gallery's regular hours are Wednesday through Saturday from 1 to 6pm and by appointment.

COBIPOC is planning its second issue of the Complex(ion) zine now, Patton said. More information on the group is available on Instagram @complexion_bend.