It used to be called "bird watching." Now, it's just "birding."

There is a well-developed pastime taking place across the nation that keeps thousands of people occupied from dawn to dark. You can usually find them congregated around bodies of water, binoculars glued to their eyeballs. 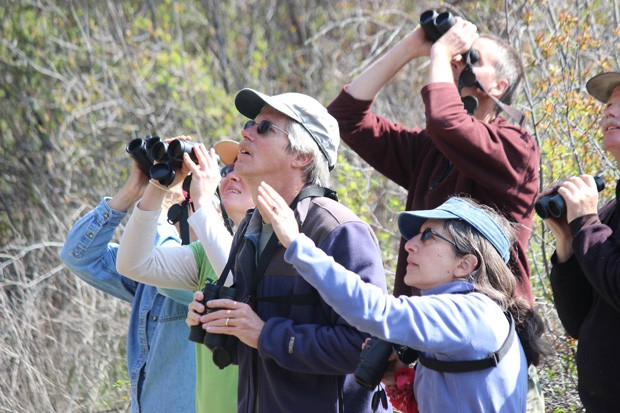 These are birders. Most of the time they're recreational birders, out looking at birds for their own enjoyment. However, sometimes these exercises can be "official," such as conducting the Christmas Bird Count.

The CBC—going on for over 100 years—is one of the most important birding exercises in the U.S. It began with the Audubon Society and is what the entire birding community uses to determine the welfare of the birds of North America.

Then there are the "Lifers," or birds people are determined to see in their lifetime. Getting to the 500th bird on a list is a really special occasion and often requires some world travel.

A subset of these people try to see as many bird species as possible in just one year. This often involves a contest and prize money. Even a movie was made about this pursuit; "The Big Year," which came out in 2011.

My son Dean was an F-16 fighter pilot for most of his career in the U.S. Air Force, and as such, traveled to many foreign countries. When he left home, we decided to see who would get ahead first on their bird life list.

He went to Korea. I went to Australia. We both checked off a lot of good new birds. Then, at 3 am one morning, the phone rang at my home and Dean announced, "I just had a close encounter with a new bird, Pop!"

He was calling from Italy and sounded like he was going to jump out of his skin. "What was it?" I asked.

His answer about knocked me over, "I don't know, Pop, but it was pretty big and left a big brown smear down the side of my fighter jet."

Dean's reply made me sit back in relief, "Nope, but I think it was a buzzard of some kind."

I was so relieved I said, "OK, son, as far as I'm concerned, you can count it as a 'Buzzard of Some Kind' and we'll let it go at that." To this day, I think about that meeting in the skies over Europe and I'm so thankful that poor buzzard didn't come into my son's fighter jet.

So, how do people get started in the pastime of birding? I asked some of them.

For me it was my grandfather telling me about a Great Horned Owl I shot when I was a youngster, explaining the owl's lifestyle and impact on our society. I went nuts about birds after that, especially when I met William Finley and Herman Bohlman (early Oregon bird enthusiasts) in the pages of "American Birds."

Others attribute getting started in birding to the elders in their family.

"The single most influential event was undoubtedly when my parents gave me a 'Peterson Field Guide,'" Quinton Nice recalled. "I remember standing in front of the classroom with it in second grade and saying maybe they would even get me some binoculars someday. What a dreamer I was!"

Bob Archer wrote, "My great-grandmother was the first birder in my clan. I have her 1906 Chapman bird book. As a 5-year-old, I would be placed on a stump with a pair of binoculars and my 1965 Peterson guide (based on current condition, I had a crayon to put notes in the book) and would happily sit there looking for birds while everyone else hiked around. I would reliably be in the same spot upon their return." 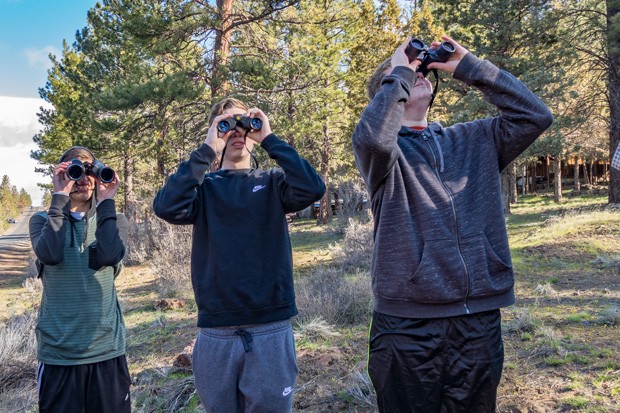 Darrel Faxon said, "It probably helped that my father always wrote on the barn wall the date of the arrival of the swallows each spring."

Teachers also helped in fostering a love for birds in their students. Barbara Coomb's second-grade teacher enrolled the entire class in Junior National Audubon. Coomb has been watching birds ever since.

When he got to high school, Joel Geier was lucky to have a biology teacher who was really ahead of his time. His teacher was also happy to have a student who could already identify all of the birds in his specimen collection. Geier continued to appreciate birds wherever he went, and recorded interesting birds in his journals.

Roy Lowe said it wasn't until he arrived at Humboldt State University and met Dr. Stan Harris, aka "Doc," that the world of birds opened to him. Over the years, Doc infected hundreds if not thousands of his students with the birding virus.

Birding is a fascinating pursuit with lots of variety, surprises, social sharing and rewards. It fits easily into a daily schedule and can pair with other recreational activities such as hiking, boating, beach walking, fishing and photography. It's also a good venue for practicing citizen science by reporting unusual species or finding a banded bird. Birding can be a solitary enjoyment or can easily involve the whole family.

Kathy van der Horst's gateway to bird watching was a cassette tape. A friend who had just started bird watching played a tape of the songs of local birds as they were driving in her car. Kathy studied the CDs of bird songs and learned to recognize the species first without seeing them.

Pat Truhn, meanwhile, began birding as she was recovering from breast cancer treatment.

East Cascades Audubon Society of Bend has a host of information on its website (ecaudubon.org) including local birding locations and checkoff lists to get you started. Sign up for its free newsletter to find out what's going on and to meet with other like-minded nature observers. The Deschutes Land Trust (deschuteslandtrust.org) also offers a number of birding walks on its preserves. Also, the Oregon Birding Association has endless information on its website (oregonbirding.org) that will make you want to grab your binocs and camera and head outdoors.

Warning: It's contagious. It's addictive. It's fun!