"Hammered Black History" focuses on the African American presence in Oregon in a tangible, relatable way

According to a 2019 United States Census Bureau report, Bend's racial composition is 92.7% white. African Americans make up 0.6% of the city's population. As it turns out, there may be valid reasons behind the long-time lack of racial diversity. The last of three Oregon black exclusion laws was repealed in 1926; these laws were initially written to prevent African Americans from settling in Oregon. While the first two laws didn't last, they did their part in setting a tone of intolerance and segregation. 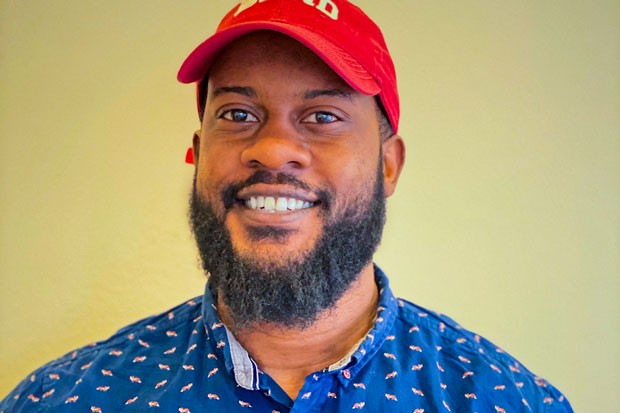 The first law, quickly repealed a year after it was written, was enacted by the state's provisional government in 1844. It stated that any black settler who refused to leave was subject to up to 39 lashes. The second law, enacted in 1849 by the Territorial Legislature, straight out prohibited black people from coming to Oregon. That law lasted three years. The third law, written into Oregon's 1857 Constitution, became Section 35 of the Bill of Rights. This law prohibited black people from owning land, and wasn't repealed until 1926.

North Carolina native Johnny Alfredo moved to Bend last year. He explained that becoming one of a handful of African American community members was a major adjustment.

"The exclusion laws had a major impact on the black community, and they still do, 100 years later. There has been a lot of progress as far as accepting minorities over the years, but if you look at the laws, you'll see that black people were targeted. No other minorities were specifically named." Yet, rather than focus on the state's history of discrimination, Alfredo aims to shine light on the contributions that African Americans have made to the state's population as a whole. He organized Hammered Black History to showcase the positive impact that the black population has had in Oregon (think Drunk History, but live).

"There really isn't a lot of conversation about Black History in Oregon outside of African American Studies classes, you know? We wanted to present important black figures in Oregon history in a relatable format," Alfredo said. "These are historical figures that had a huge impact on societal norms in the state. Pioneers of the game. They should be well-known figures, but I don't recall ever learning about a black historical figure from Oregon." Participants include Alfredo, Cody Michael and Anyssa Bohanan. Historical figures covered include Clarence Pruitt, the first black dental school graduate at Oregon State University, and Kathryn Hall Bogle, the first black person to be paid for contributing to The Oregonian.

Alfredo also emphasized the importance of being an ally in a community that lacks a strong history of diversity and acceptance. "It's going to be a fun event, but I hope to get people thinking," he said. "What more can be done by African American allies? As it stands, their voices do tend to get heard. They have bigger platforms. The examples we're sharing, of African Americans who have done incredible things in Central Oregon... they've always been backed by white allies. If we're going to say that we support racial diversity, we have to do so actively."

He also explained the importance of diversification of representation. "When you hear about black historical figures, you tend to hear about them in relation to the criminal justice system. It's pretty one-dimensional, you know? It's important to align black people with other things. Educational pursuits, creative endeavors... ask yourself, is diversity being accurately represented? If the answer is no, what can you do to help make necessary changes?"

Love Your Neighbor: Creating an Open Door to Know People of Color in Your Community
Wed., Feb. 19. 6-8pm
At Liberty Arts Collaborative
849 NW Wall St., Bend
Free and open to the public