A new brew is making appearances nationwide, and it comes with a mission.

According to blackisbeautiful.beer: "Black is Beautiful is a collaborative effort to raise awareness for injustices people of color face daily and raise funds for police brutality reform and legal defenses for those who have done wrong. 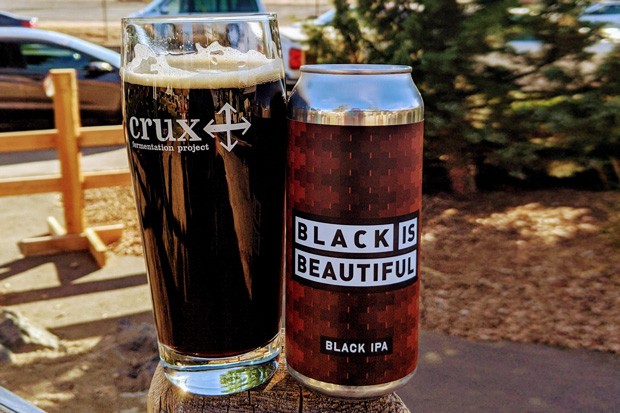 "As much as we want this to be about raising money, the real issue is bringing education and information, which will bring forth change to a system that has fractured so many families and has been broken for decades. The platform and collaboration is about understanding and supporting people of color and inclusion. We ask that you please stand with us to create something that has never been seen before and show the world the brewing community is one of a kind."

Over 900 breweries are participating in making the brew, and some of the proceeds will go to local foundations selected by the brewery brewing the beer. This type of collaboration has been done before. Remember "Resilience," which raised funds after California's Camp Fire?

Black is Beautiful is a little different, but the spirit of collective action is still there. Unlike Resilience, the Black is Beautiful recipe is optional. Weathered Souls Brewing Co., a craft brewery in San Antonio, Texas, began the push and provided its stout recipe for those wanting to use it. But while the beers share the same basic label, a design created by KD Designs, they can be whatever dark beer the brewer chooses to brew. I had the opportunity to try Crux's Black is Beautiful, which supports the NAACP's 1129 branch.

Crux's version of Black is Beautiful is a Black IPA (also known as a CDA... let the battle of the beer geeks begin). Upon smelling this beer, the tempered hop aroma reminds you that you are, in fact drinking an IPA, even though the color is a very dark red/brown. I don't talk about the visual appeal of a beer often, but folks, this beer really is beautiful. When I poured it out of the can, the head was fluffy and off white. I couldn't wait to take a drink.

Flavor-wise, up front, a nice roast. The sweetness from the malt is tempered by that roastiness. A light botanical flavor is also present. The mouthfeel (for my best friend and avid reader, Sandy) is smooth, with a medium body. Even with the medium body, this is an easy drinker because the carbonation brightens and lightens up the beer, making it a perfect beer to drink sitting in the back yard in the hot summer sun.

On my drinking scale this beer would rate.... Fagettaboutit... because this beer is for THE cause! Just get out there and try it or go buy it for your friends and family. Together we can make change, one beer at a time! Drink this beer and be reminded of what it is to be united instead of divided.