Whenever I feel like I click with someone, I want to be upfront and tell them I like them right away. My friends all say this is dating suicide (and that's how it's been working out for me). But if I'm looking for emotional honesty in a partner, shouldn't I lead with it? 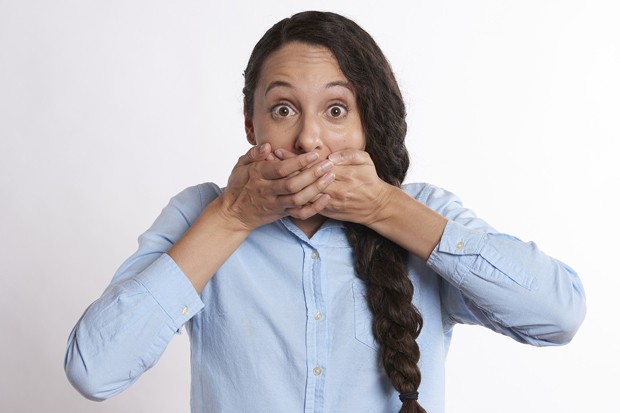 If we're arrested, we have a right to remain silent. Ideally, we don't just confess: "That was me, robbing the 7-Eleven. See — there on the video — that's my hair."

Best practices for criminals are also helpful for dating. In short, leaving some mystery as to whether you're all in will make you seem more desirable. Consider that we value things that are hard to get, which is why people spend thousands of dollars on rings with sparkly rocks chipped out of African mines when there are very pretty sparkly pebbles that can be picked up all over suburbia.

Psychologist Robert Cialdini explains that the less available something seems, the more desirable we perceive it to be. This doesn't mean it is more valuable, but fear of losing access to it kicks off a motivational state in us: a drive to get it that we don't feel when we hear, "More where that came from! Our supply's basically on the level of 'plague of locusts.'"

The thing is, you can tell somebody you're into them through how you look at them and touch them. Consider where your longing to be immediately "honest" in spoken-word form might be coming from. Holding back information causes psychological tension, as does the suspense when we're left wondering how another person feels. This tension is uncomfortable, so we long to relieve the pressure, like by exploding our feelz all over the person who inspired them. Tension released! Uh, along with the message that we're probably deeply needy and "not all that."

Try an experiment: With the next three guys you date, make a pact with yourself to tough out the discomfort instead of flapping your lips to make it go away. In practical terms: Don't confess. Just be. You'll ultimately have a better chance of finding the "emotional honesty" you're looking for than if you try to rush the process — like by calling the guy up and blurting out, "Hi...I really love you!" A strangely familiar male voice responds: "I'm sorry, Ma'am. This is the gas company."

I'm a 33-year-old woman with a male partner in his late 30s. We eventually want children, and I've been considering having my eggs frozen. My doctor suggested my boyfriend should consider freezing his sperm. He is a "manly man" type, and his masculinity is a strong part of his identity. How can I keep him from being insulted and angry if I suggest he look into sperm freezing?

Unfortunately, the men with the healthiest sperm are the 20-somethings who have trouble sustaining adult relationships — but no problem, because they'll just have their mom call to tell you it's over.

We tend to have a weirdly one-sided view of fertility issues, as if a man's only role in babymaking is the fun part, and never mind whether Daddy's 27 or 70 at the time of conception. Meanwhile, women in their late 30s and their 40s get treated like they have dinosaur eggs. Having a bun in the oven at age 35 or older is referred to as a "geriatric pregnancy" or, less mortifyingly, being of "advanced maternal age." It's associated with increased risk of miscarriage and birth defects, as well as diabetes and high blood pressure in a woman during her pregnancy.

There's little understanding that aging sperm can be a problem, too. Researchers are still squabbling about when men hit "advanced paternal age," but there's general agreement that after age 40, sperm exhibit damage that can make it more difficult for a man to get a woman pregnant and are associated with greater miscarriage rates. There's also an increased risk of having children who develop schizophrenia and autism spectrum disorders. OB-GYN researcher Dr. Nancy A. Phillips and her colleagues suggest that men "bank sperm before their 35th or, at least, their 45th birthday" to limit the risks to the mother, fetus, and child from aging sperm.

In presenting this to your boyfriend, consider that how you frame a story changes the story that gets told. Make this a story not of elderly sperm but of the very manly act of protecting the woman he loves from harm (along with any baby who might enter the picture). Chances are he'll see looking into sperm-freezing as a positive thing: a way he can preserve his he-man-liest sperm — instead of waiting till his varsity swimmers are more like old dudes floating on water wings in the condo pool.