An episode one recap of the Travel Channel's "Expedition Bigfoot," set in Central Oregon

December 12, 2019
6 comments
The Travel Channel's latest docuseries is set in Central Oregon. Filmed in an "undisclosed, remote location" that looks to be near the Ochoco National Forest, based on graphics used in the show, the theme of this series is centered around finding Bigfoot. Easier said than done.

Appropriately titled "Expedition Bigfoot," the show is bringing the hunt to one of the biggest hotspots of Bigfoot sitings, using data and analytics to help track the mysterious species. According to the show, people have claimed to have seen Bigfoot over 1,800 times in Oregon over the last 50 years. 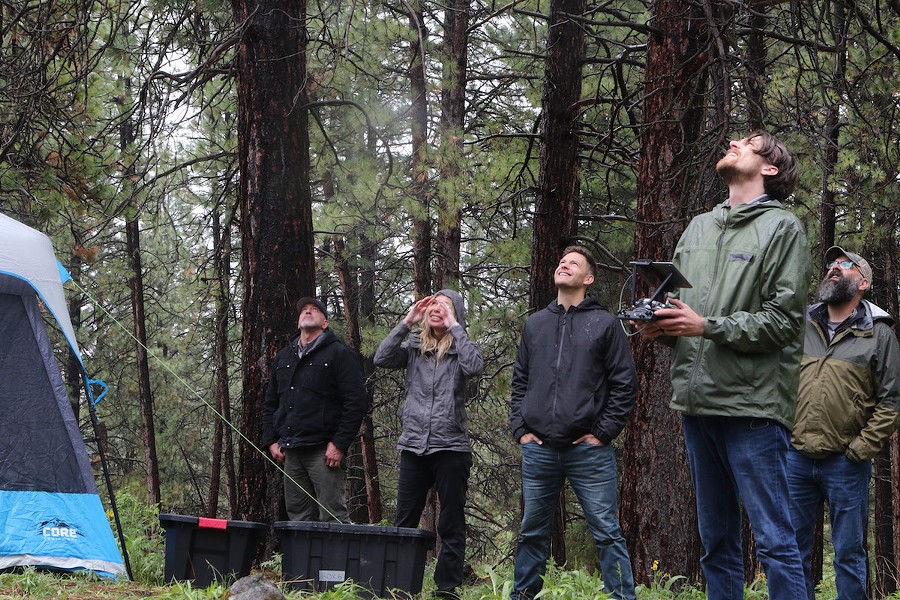 With all of this mind, it felt like it would be a missed opportunity not to tune in. So I'm happy to introduce to you Blogfoot—a weekly series recapping what happens in each episode of "Expedition Bigfoot." Let's get to it.

Literally five seconds into the show is a shot of a thermal camera capturing what could possibly be a Bigfoot—so one could say the show was off to a hot start. In the beginning we also learn that through a "complex" algorithm, the team was able to determine that the most likely chance of seeing a Bigfoot was in a 90,000 acre portion of land in the forest—AKA the "target zone."

Other than the possible siting at the beginning, this episode mainly served as an introduction to the team and their plan. We get to meet Hannah, a local mushroom scavenger who basically lives full time in the woods with her boyfriend, who shared her story of a possible Bigfoot encounter. She also said that just that week, she had seen two grizzly bears and one black bear. (According to the U.S. Fish and Wildlife Service, grizzly bears—a threatened species—are found in Idaho, Montana, Washington and Wyoming... but doesn't list Oregon as part of grizzly bear range.)

Other than that, there wasn't much drama until the end of the episode.

The sun was down, and Accord was off on his own with camera crew, when a sound caught his attention. He described it as something "brushing by" and he also caught the gross scent of an animal. Nothing would ever come out of this moment. The other piece of drama was that RPG was experiencing a wave of horrible headaches, where he was evacuated to the nearest hospital—and ultimately removed from the expedition.

Johnson made the point that in other cases of Bigfoot encounters, people have mentioned the same symptoms—backing the theory of Bigfoot using infrasound.

I'm not sure if you'd call this reality TV, but I'm a sucker either way. The intense music, shroud of mystery and knowing it's filmed in Central Oregon all make it worth the watch. Plus, one of the team members said "It's looking Squatchy" as they pulled into the woods—sign me up for more quotes like that!

Next week's episode is titled "Did You Hear That?" So, things might be getting a little juicier.

"Expedition Bigfoot" airs Sundays at 7pm PST on the Travel Channel, with other showings throughout the week.