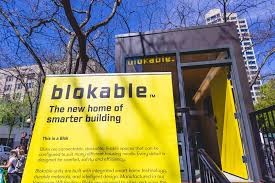 Many people seem to be fascinated with tiny homes—and lately it seems there have been many tiny home spinoffs and new developments. Prefabricated homes appear to hold promise as a partial solution for the affordable housing shortage. Oregon and Washington appear to be leading the trend in this type of housing unit that's a little larger than most tiny homes.

An affordable housing community of 70 units is planned in Edmonds, Wash. Edmonds Lutheran Church, in partnership with Compass Housing Alliance  and housing manufacturer Blokable, will transform part of their church grounds into an innovative affordable housing development.

Blokable, formed in 2016 and based in Vancouver, Wash., builds entire housing units at their Vancouver facility ranging in price from $150-$350 per square foot. They're designed to be stand-alone structures or connected as part of multi-unit buildings in varying configurations. The living area can be increased by combining blocks just as some people do with shipping containers to form additional levels and space. The Edmonds project will rent studio to three-bedroom sized units to qualified tenants for a price based on income.

MicroBlok units, the company's first product, are 260 square feet and reportedly cost between $58,000 and $85,000. The company claims their product has been well received from local authorities.

It's nice to see innovation with companies trying to help solve the lack of affordable housing without the constraints of traditional construction. The company has a website and Facebook page with pictures and further details.