The Bend Police Association and Oregon state law protect officers from getting disciplined or fired, and hide police disciplinary records from the public

As the Portland protests against police brutality rage for the 10th week straight, legislators met in Salem Monday to discuss incremental police reforms. Chokeholds, tear gas and tweaks to the new statewide police disciplinary database were all on the table. Ultimately ,only House Bill 4301 passed, which tightens rules around chokeholds and limits the use of physical force.

But in the rush to get something on the books, city and state lawmakers may be overlooking one of the keys to police transparency and accountability: Police unions, which have the power to shield officers from discipline. 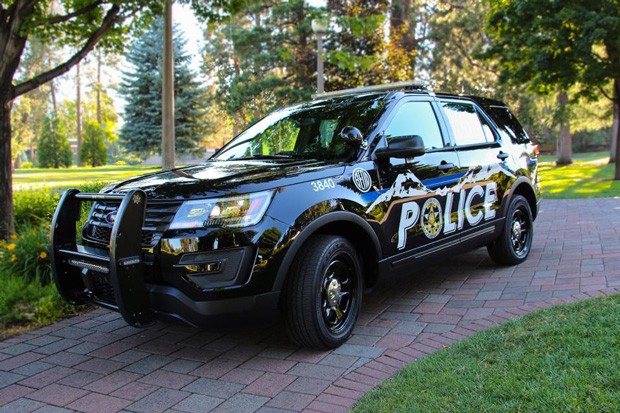 Unions hold a tenuous position in the U.S. Designed to empower workers to organize and bargain for higher wages, better working conditions and reduced hours, unions rose to the height of their influence during the Great Depression, and were responsible for many of the Progressive policies of the New Deal, according to the union umbrella organization, the American Federation of Labor and Congress of Industrial Organizations (AFL-CIO).

Today, unions have largely been outlawed by states or trammeled by corporations that have a lot to lose if their workers organize for living wages, healthcare and paid sick leave. A few notable unions remain, representing autoworkers, nurses, journalists, flight attendants, teachers and... police.

Historically, police and labor unions have had a brutal and violent relationship: Beginning as early as 1850, police were called in to break up labor strikes and often beat and killed striking workers.

Eventually, police wanted the benefits of collective bargaining for themselves. The Portland Police Union is the longest operating police union in the country, established in 1942, according to Willamette Week. The Bend Police Association was recognized in 1974.

In Oregon, police unions have power to dictate the terms of officers' employment. If they have any grievances with contracts, department policies or disciplinary measures, officers can force the case into arbitration—meaning that cases stay out of court, but the final ruling often falls in favor of the police union or officer, at least on a national level. A report from The Washington Post documented 1,881 officers who were fired between 2006 and 2016, and 451 got their jobs back through arbitration.

"Police are members of what are referred to as 'strike prohibited bargaining units,'" explained Deschutes County District Attorney John Hummel. "To avoid the danger of public unrest that might result if an entire police force went on strike, Oregon passed a law that prohibits police (and certain other groups) from striking. In exchange, they get to submit their grievances to an arbitrator for a binding decision."

"It's an all-or-nothing decision, and the City is usually afraid it will lose, so things rarely get to that point in Bend," said Bend City Councilor Bill Moseley, who also previously worked as an attorney. "The contract itself is negotiated almost entirely with the City's HR [human resources] director. We're [City Council] consulted so late in the process, we're not really in a position to take issue with anything."

The more significant result is that it makes disciplining officers very difficult, Jeff Eager, a local attorney and former Bend mayor, explained to the Source during a recent interview for our "Bend Don't Break" podcast.

"It makes local jurisdictions reluctant to issue discipline to begin with because they know that there is likely to be an appeal, and if there is an appeal, the arbitrator is likely to rule with the union member," Eager said.

State legislators may bring a new law to the table in the coming months that would take some power away from arbitrators in Oregon. One idea: if a jurisdiction tries to fire an officer and the officer fights it in arbitration, the arbitrator can only get the officer rehired if the officer is found not guilty of the alleged violation, Hummel explained. The new law would also require a "discipline matrix" so that arbitrators can't decide disciplinary measures on their own.

Police records are not public

The discipline process for Bend police officers is also largely hidden from public view, thanks to state law, and stipulations in the Bend Police Association contract.

Unless the officer is fired or is arrested for a crime, the disciplinary process happens behind closed doors. In order to shield themselves, officers usually resign before being fired. According to John Beck, vice president of BPA, only a few officers from BPD resigned over the last decade, but the public has no way of knowing the details. One notable exception was the resignation of Lt. Chris Carney in 2014, who stepped down after investigators determined he had sexual contact with several city employees and a member of the media.

In its last session, the Oregon State Legislature passed a law that the Department of Public Safety Standards and Training must now keep an online, statewide database of some discipline information. It has to be an offense egregious enough for the DPSST to consider revoking the officer's Oregon certifications. Its current open list of cases contains no officers from Bend, but three from the Deschutes County Sheriff's Office.

Like many local public sector contracts, BPA's contract states: "If the City has reason to discipline an employee, it will attempt to do so in a manner that will not embarrass the employee before other employees or the public."

Oregon state law backs this up with two confusing laws: basically, the disciplinary documents cannot be exposed if the employee is disciplined, and the documents cannot be exposed if the employee is not disciplined. The one exception: if it's in the public's interest to know about it. An officer running for county sheriff would justify disclosure, for example. But a journalist could not request all the records of police discipline over the last year. Even if a journalist had a specific incident they'd been tipped off about and requested the records, public bodies could still deny access.

"In other professions, you can look it up and see what has been concluded for disciplinary actions; you can see this for a doctor or a dentist," said Moseley. "Of course, I believe they are entitled to due process, but it's in the public's interest to see the outcome."

John Beck of the BPA explained that the union is brought in for all allegations of officer misconduct. The union can bring in their own attorney if the situation warrants, and union members have time to work with the officer to prepare them.

Moseley suggested that it may be time for Bend to consider instituting a civilian oversight board to oversee some police disciplinary matters. Portland has had an 11-member Citizen Review Committee since 2001, designed to improve police accountability and increase public confidence. Bend has a Citizen Advisory Committee that meets with the chief of police to represent the "opinions and perspectives of the entire community," but it's not involved in individual police discipline.

Use of deadly force

Typically, when officers are involved in an incident where they kill someone, they have a few days to decompress and organize their story. While the BPA doesn't mandate a waiting period for its officers, Deschutes County Sheriff's Office's "Deadly Physical Force Plan" mandates officers have a "reasonable" amount of time to organize their story.

DA Hummel said he's against the union contract mandating the waiting period and that officers should be treated like any other person who kills someone: They should be immediately questioned, yet have the right to remain silent until they have assembled legal counsel, if they choose.

Benefits of the union

"The chief has to be willing to listen and so does the association," Beck said. "The old way is not having good, open communication with your administration and the inverse as well. The collaborative approach makes it better for everybody."

City of Bend Assistant Attorney Ian Leitheiser—who handles many of the legal issues involving the police department—said that BPA's contract is really "pretty standard" for other public sector employees in Bend. 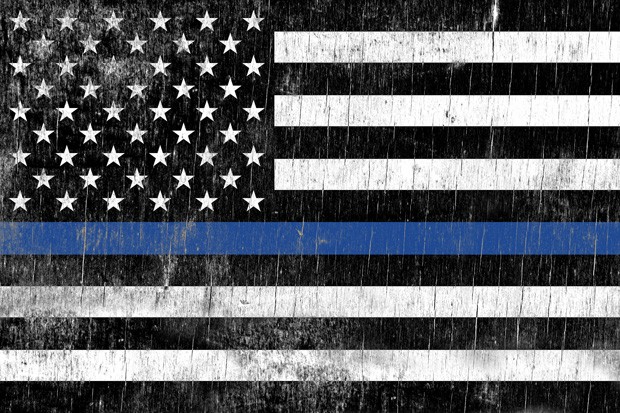 "I can say that I have not seen our contract with the police association as a hindrance to addressing disciplinary concerns when they arise, contrary to what some may think," said Leitheiser said. "Command staff have been able to manage employee performance and conduct when necessary, within the framework the contract provides."

"In today's role, the union is a lot different than it used to be," Beck said. "Our role is not just to argue every point there is to argue, but to make the agency the very best we can, and do that in cooperation with the administration and City government."

While it is nearly impossible to know much of what has gone on behind closed doors in regards to police discipline at the BPD over the last decade, in my interviews for this article, the consensus has been that there was a major cultural shift in the department when former Police Chief Jim Porter took over in 2014.

Either the City and the BPA are doing a really good job at hiding any evidence of the "few bad apples," or the department evolved into a much healthier organization under Porter's tenure. Perhaps problematic behavior from officers are identified and addressed early enough that these errors of judgement don't explode into egregious acts of police misbehavior?

As the Bend Polic Department moves into a new era with the controversial hiring of Mike Krantz, and the tides of public opinion demand more transparency and accountability from those paid to protect the community, the coming years will undoubtedly test the resiliency and adaptability of the department's officers and administration.