A statistic floats by early on in local filmmaker Jesse Locke's new documentary, "7 Hills," which brings a shock to the system. The country of Jordan has 67,600 displaced humans from Iraq, 671,579 from Syria, 14,457 from Yemen, 793 from Somalia and 6,146 from Sudan. That's close to 1/10th of the population of the entire country. It's hard to even comprehend.

"7 Hills" doesn't focus on the wider refugee crisis, but instead narrows the scope to a skate park in Jordan's biggest city and capitol, Amman. 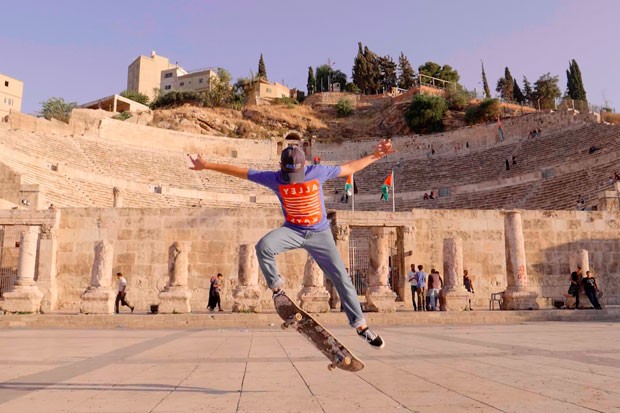 "Jordan is like the Switzerland of the Middle East," says Locke. "Wars are going on all around them, in Iraq, Gaza, Syria... but they maintain peace. Compared to Palestine, Jordan is much more mellow. Amman is vibrant, with lots of tourists. They have Petra and Roman ruins to visit. I always tell people that if you'd like to go to the Middle East, start with Amman. It's a great way to experience the Arabic culture."

The scenes at the 7 Hills skate park are so colorful and vibrant that it's easy to see why Locke fell in love with the place.

"The initial idea was to make a short five- to 10-minute piece about the 7 Hills skatepark. The moment I had my first experience with an all-girl Syrian refugee class at the park, I knew that this story was bigger than that. This was the first project in my life that I saw so clearly," Locke explains. "I knew that I wanted to make this film. I was overcome with pure admiration and love for these kids who had gone through so much and still were able to put a smile on their face and enjoy life. So, I asked for help. I started a Gofundme and received many donations from my amazing Bend family. This film would not have been made without their contributions."

The differences between the kids—whether they be cultural or religious—never outweigh their love of skating. Peace in the Middle East exists across the graffiti'd expanse of 7 Hills. 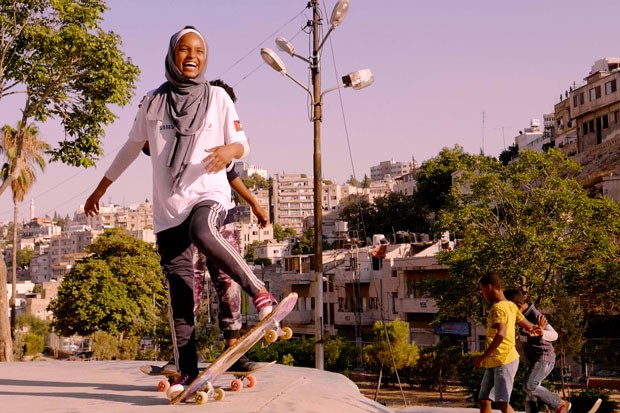 "Families from all over have fled wars and landed in Amman, bringing with them their culture, their food...everything," says Locke. "The skatepark acted like a small version of what the entire city represents. A melting pot. It's a very complex situation happening in Amman and there's not an easy answer. Jordan's population nears 10 million. The majority of the people are accepting and go about their daily lives. There is the occasional occurrence of racism, but putting these kids together at the skatepark and having them interact together acts as conduit between cultures and breaks down these stereotypes and begins to build awareness and acceptance. That aspect of 7 Hills transcends the skateboarding that happens there."

While watching the film, it's impossible not to imagine how a certain section of reactionary Americans would react to a refugee crisis on that scale here, so I asked Locke what we as Americans could learn from the situation and from the gorgeous film itself.

"If we are able to get to a place where we look at each other as humans, not 'refugees,' not homeless, but as humans, then we can start to have empathy for these families that are going through questionably the hardest moments of their lives. These are not 'Muslim' extremist looking to take over your culture. These are people fleeing horrible situations and seeking a better life for their family. We all deserve the basic human rights. We all deserve love."