November 25, 2019
2 comments
The killing of a bobcat kitten in Oregon in October is prompting local veterinarians and wildlife lovers alike to call for changes in the procedures used to euthanize animals. An Oregon State Police trooper killed the bobcat using blunt-force trauma to the head shortly after its capture, after wandering into Oak Hill School in Eugene, reported the Eugene Register-Guard.

Central Oregon Veterinarian Dr. Katie Bahr, the Oregon State representative for the Humane Society Veterinary Medical Association, weighed in on the event—and what it means for the future of the Oregon Department of Fish and Wildlife. 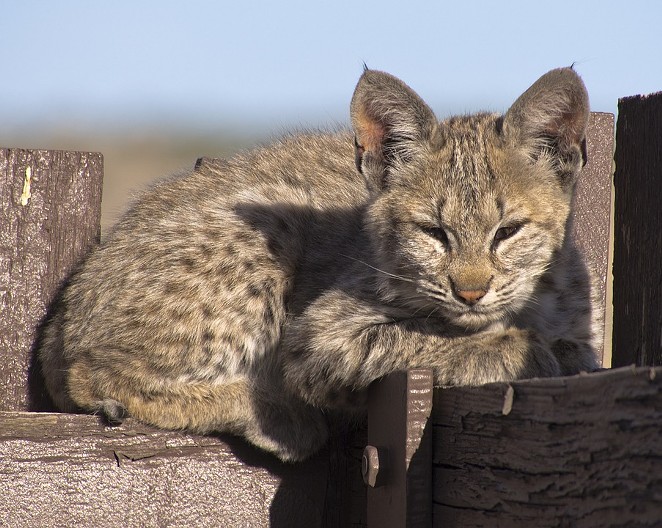 The national, non-profit organization Predator Defense, dedicated to protecting the welfare of wildlife created a petition to both raise awareness of the killing and to initiate an investigation. Bahr helped by emailing Oregon veterinarians and welcoming them to sign.

“The goal was to get the investigation started, but also to raise awareness,” she said. “This did happen, but we need to look into why it happened, and how we can implement better methods and reform policies for the future.”

ODFW veterinarians are required to examine wildlife before they consider euthanasia. Not only was a veterinarian not consulted in this case, but the way in which the bobcat was “euthanized”—by blunt force trauma to the head—was deemed both inhumane and unnecessary, Bahr believes. “It can’t really be called a euthanization,” argued Bahr. “ODFW is sticking to the claim that it was an acceptable form of euthanization. They claimed that it was acting abnormally, but it didn’t seem to pose a threat. Moving forwards, we need to work on the policies that are currently in place; we need to redefine what ‘acceptable’ is.”

In a response to public outcry, Oregon State Police issued a statement in October, claiming, "Through our partnership with the Oregon Department of Fish & Wildlife and based on the abnormal behavior of the bobcat, a joint decision was made to euthanize the animal. The chosen manner in which this animal was euthanized (blunt force trauma) was to ensure the safety of the Officers involved. A single strike rendered the animal deceased instantly."

A hearing took place on Wed. Nov. 20, and Bahr, as well as the other involved veterinarians and wildlife advocates, are hopeful regarding the outcome. “We hope that the hearing will determine that current procedures are simply not good enough for Oregonian wildlife,” she said. The Director of Predator Defense, Brooks Fahy, made a testimony at the hearing—insisting that this was not an isolated incident, but an ongoing problem that needed to be addressed.

“Unfortunately, my long experience dealing with ODFW has shown me that this is not an isolated incident. Most cases go unnoticed because ODFW says they 'euthanized' the animal 'humanely.' But bashing an animal on the head is NOT humane. And killing an animal that wasn’t badly injured, sick or diseased does NOT qualify as euthanasia.The killing of the bobcat kitten demonstrates how disconnected ODFW is from the sentiments of the general public. It is a symptom of a much bigger problem within this agency that sees animals almost strictly as things you control and kill. Sadly, the kitten killing is no surprise to those of us who have been working to reform ODFW for decades. If this tragic case hadn’t been caught on video, no one would have ever known about it. Thankfully, it was. My organization has never received as many phone calls and emails of outrage from the public in a one-month period than we have on this incident. It struck a chord statewide.”

Rep. Brad Witt from Oregon House District 31 is forming a review group including wildlife advocates and law enforcement agents to review the ODFW policies and procedures in December.