July 29, 2019
comment
A suspicious package at the Deschutes County Courthouse caused roads and buildings to close Monday morning in downtown Bend. Authorities found it contained no explosives and deemed it a hoax.

A 911 call just after 7 am Monday reported a bomb directed at the courthouse, according to Sgt. William Bailey with the Deschutes County Sheriff’s Office. A building maintenance employee working on site at the time also reported the package, Bailey said. Officers from the sheriff’s office, City of Bend and court security evacuated the court house and the county district attorney’s office and nearby roads, including Greenwood Avenue, Bond Street, Harriman Street and Lafayette Avenue. 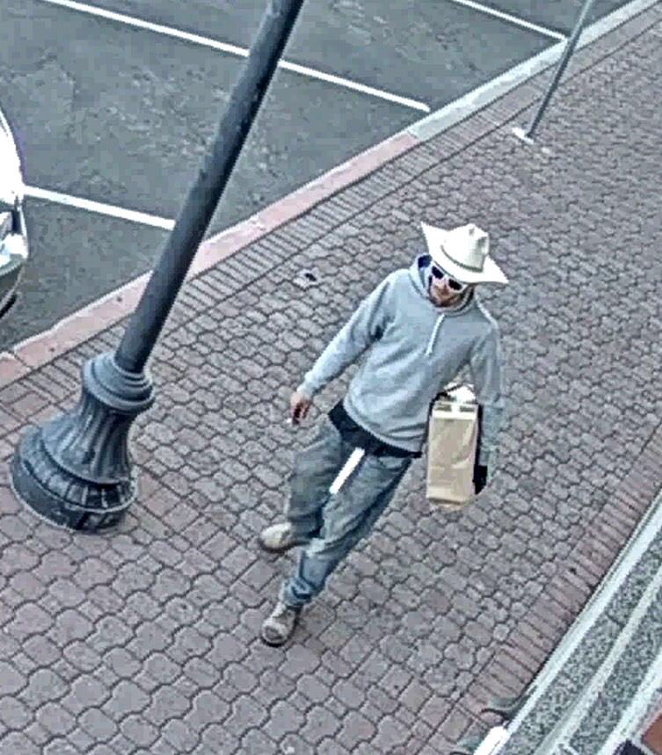 Oregon State Police sent an explosives unit from Salem to check the package later in the morning. Bailey said the team used a water cannon and found it safe. OSP also used a trained dog to search for explosives in the courthouse and surrounding areas. By mid-afternoon, a search of the courthouse and surrounding areas had found no other suspicious items and roads had reopened.

“Investigators are confident that the package is a hoax device,” Bailey said.
Court buildings remained closed and anyone with business at the court should check its website for information.

The sheriff’s office released video and images of a person of interest seen wearing a hat and sunglasses and carrying a package near the courthouse entrance.