Two school and parks bond measures have failed in Redmond over the past seven months. Now officials are looking at why—and how they can succeed next time

Over the past seven months, Redmond voters have shot down two separate bond measures that would have funded school and parks infrastructure. 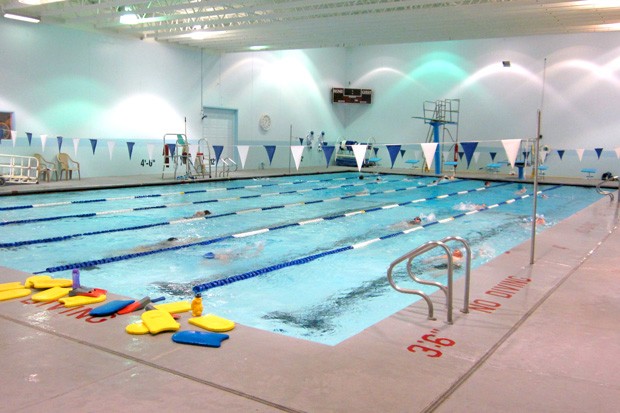 During last November's election, the Redmond School District put a $70 million bond in front of voters. The bond would have replaced the 54-year-old M.A. Lynch Elementary School, as well as improving safety and security, energy efficiency, technology, heating, plumbing and electrical upgrades around the district's 13 campuses.

Last winter's heavy snows wreaked havoc on Lynch's flat roof, and the district was concerned about a roof collapse.

"The safety and security of these buildings was on everybody's' mind," said Tim Carpenter, Redmond School Board member. The bond would have added roughly $9 per month for homeowners, for a home assessed at $200,000. It lost by 151 votes.

"Even if we had won by 151 votes, that means that half of the voters would have been unhappy," said Superintendent Mike McIntosh.

McIntosh believes misconceptions about what the state Legislature funds and doesn't fund contributed to the failed bond.

"People don't always understand that, the funding that happens every year to make school happen, is a very different pool of money than the monies we've levied to build and repair schools and do extended maintenance. That was very difficult to communicate," said McIntosh.

"We looked at the data afterwards and, with a lot of the core Redmond voters, it passed. I don't want to say handily, but it was definitely a positive voter approval. Some of the outlying areas, however, there were some pockets that we knew about ahead of time that we figured were going to be an issue," said Carpenter.

"The negative part that's been published incorrectly is that we lost because of Crooked River Ranch and Jefferson County. I want to dispute that," said McIntosh. "Redmond city proper voted largely in favor. The north and south of the school district did not. So, per capita, those outlying districts voted more unfavorably than favorably. But they are not the sole reason it failed."

Voter turnout may have been the bigger factor.

"We know that an age group that would encompass school-age children turned out to vote poorly. Out of the 73% voter turnout, only 25% of them were school-age parents," said McIntosh.

Other bond measures also appeared on the November 2018 ballot, including one addressing wildfire risk for Crooked River Ranch.

"The conflicting piece was that we knew that the Redmond Parks & Recreation bond and the CRR fire district bonds were on the same ballot," said McIntosh. "If CRR people had X number of dollars to spend, and I had to choose between a school district and a fire district — I would probably have voted the same way, frankly." 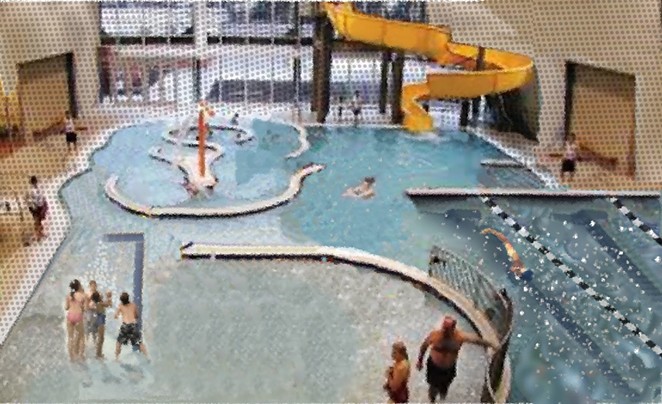 RAPRD had hoped to expand and repair the existing Cascade Swim Center, now 40 years old, built when it served a Redmond population of about 6,452.

"Our goal was to build a facility that would complement our existing swimming facility, not replace it," said Katie Hammer, executive director of RAPRD.

“In the meantime, we’re doing our best to get by with a shoestring maintenance budget. The unknown, of course, is how long can we milk this before something major happens structurally?”—Mike McIntosh tweet this

The bond would have also replaced another RAPRD sports and art building, this one leased, which is soon to be torn down to make way for transportation improvements.

Also shot down by voters was a five-year operating levy for maintenance and repairs of the new and existing pools. Hammer, like school officials, believes a big reason was key voter apathy.

"People between the ages of 18 and 39 make up 32% of our registered voters for the parks and recreation district," said Hammer. "They made up 12% of the ballots that were turned in. And that's the age group that would use the facilities. Basically, people under the age of 40 didn't vote."

"It's baffling to me," said Hammers. "When I turned 18, I was super excited to go to the polling place and vote for the first time. So I just don't understand why young people are not engaged to vote."

Like the failed school bond, the recreation bond passed among voters inside Redmond's city limits. But outside those limits, it failed in every precinct.

May elections traditionally have low voter turnout. Within RAPRD's district boundary voter turnout was 34% — higher than the county turnout at 24% — but still not enough to tip the scales.

RAPRD officials say many seniors use the present facilities on a daily basis and have expressed a need for warmer pool water and an indoor walking track. "Things we can't presently offer," said Hammer.

But seniors, unlike younger residents, did vote in the May election.

"People 60 and older make up 38% of our registered voters and they turned in 64% of the ballots," said Hammers. "Older voters turned in the majority of ballots, we don't know how they voted —but we only lost the bond by about 928 votes."

At both Redmond parks and schools, the need for funding still exists.

"In the meantime, we're doing our best to get by with a shoestring maintenance budget.

The unknown, of course, is how long can we milk this before something major happens structurally?"said McIntosh.

"We're one incident away from taking all of our contingency (funds) to deal with a roof collapse, a boiler going down, those high dollar items that are on our deferred maintenance list."

And if buildings collapsing wasn't enough incentive to vote yes, McIntosh has another reason.

"We're not growing (student-wise), we're flat in enrollment, but we're still building houses like nobody's business. People are moving here like never before. I can't help but believe the schools will see a tidal wave of students hitting our district."

"We anticipate that the Cascade Swim Center has about 15 to 20 years of useful life — but that will decrease if we continue to operate at the maximum capacity, which is what we are operating at now," said Hammer.

"We need to look and evaluate how we put the (next) bond package together," said school board member Carpenter. "Whether it's a multiple deal over a two, three, five-year time period or restructuring the bonds as far as what the taxpayer cost per thousand is."

And then there's the question of when to go back to voters.

"Seniors suggested that maybe waiting until 2024 when the 2004 (educational) bond ends would decrease their cost per thousand. Good feedback — but the real question, however, is whether we can wait that long," said McIntosh.

The school district believes that 2020 would be the earliest they'd go out to the voters again.

RAPRD's board is still in the discussion stage about a new bond and levy.

"Based on recent board discussions the earliest we would go out would be 2021," Hammer said.

School district officials believe they've learned valuable lessons from the bonds they've floated over the years—and that they have the internal resources to regroup and try again.

"We've got to come up with a plan that touches people who don't have a direct connect to kids in the buildings. Explain to them that there are issues that we can't take out of our normal operating budget," said Carpenter.

Their future plans will include community forums, town halls, one-on-ones and mass communication to reach those who don't attend community meetings.

For RAPRD, outside help may be in the cards.

"Going way back, in 2008 we had a failed bond measure for a similar, but larger and more expensive bond ($46 million) on the November ballot, just as the great recession was hitting," said RAPRD Chairman Hayes McCoy, adding that some board members are in favor of formal marketing, as opposed to grassroots messaging. "I guess the lesson learned from two failed bonds is that we need to refine our message better."