Inside the long-awaited pub opening 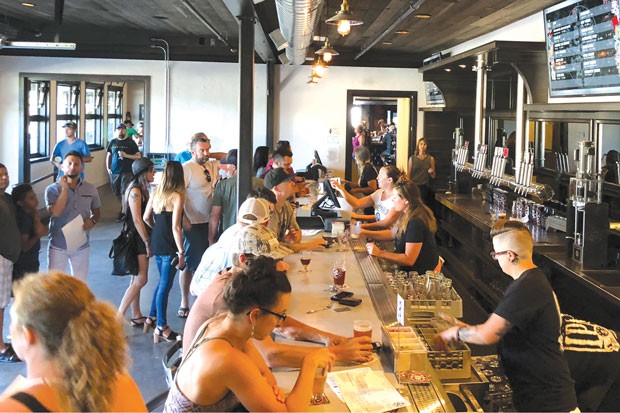 For nearly eight years, Boneyard Beer has been slinging brew out of its first location, in a former auto shop in what's otherwise a residential neighborhood near Bend Parkway. It was a place with lots of charms—lots of weird stuff on the walls, people visiting it from all over the world and a brewing space that once filled every cubic inch of space with fermenters cranking out RPM IPA. (Things got much roomier once Boneyard's NE Bend production facility opened in 2014.)

It was a unique space, for good and bad reasons. The space only offered sampler flights and growler fills, due to licensing restrictions, and it closed at 6 pm each night—kind of a pain for the nine-to-five set. That's why Boneyard's been building a separate pub and restaurant location for the past year and a half—one that finally opened to the public last week. (The brewpub takes the place of the original tasting room, which closed the weekend before.)

The Boneyard Pub is on 1955 NE Division St., in a boxy building that used to house the long-forgotten Shanghai Garden Chinese restaurant. The main evidence of this past incarnation is the main bar inside, which looks straight out of a '60s dive—dark, dimly lit, and featuring some extremely retro cartop upholstery. The inside's big enough that there's an additional bar on the other side, too, with tons of lounge space in between and extensive outdoor seating.

The staff posted about the pub's opening on social media Thursday, and the place almost immediately filled to capacity before the end of the afternoon, teeming with visitors enjoying the novelty of buying a full pint of RPM at Boneyard HQ. The beer lineup requires no introduction to Bendites, of course—RPM is still a standout IPA, even with all the thousands of competitors it has in the West now. The pub's a great place to get reacquainted with their entire lineup, from the easygoing Camper Van Kolsch to the 13 percent ABV rum barrel-Aged Suge Knite imperial stout. (Highly recommended, but maybe not when it's in the upper 90s!) 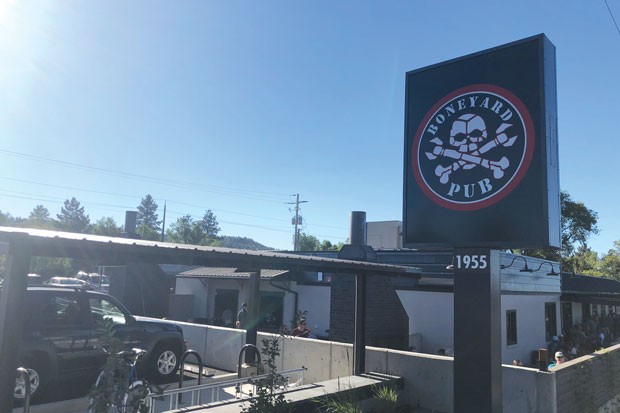 Of course, this being a brewpub, the beer's just half of the story. Boneyard's launching with a pretty extensive food menu, running the gamut from hot dogs and charcuterie plates to roasted chicken wings in a choice of four sauces. There's something for everyone, including kids and vegetarians. Don't know where to begin? Give the pork tonkatsu sandwich a try, featuring pan-fried pork coated in panko breadcrumbs and accompanied by Asian slaw and pickled vegetables.

All in all, a great start for a place that locals have been patiently waiting for—and one that'll undoubtedly become another Oregon beer institution.