"Wildfire: On the Front Lines with Station 8" 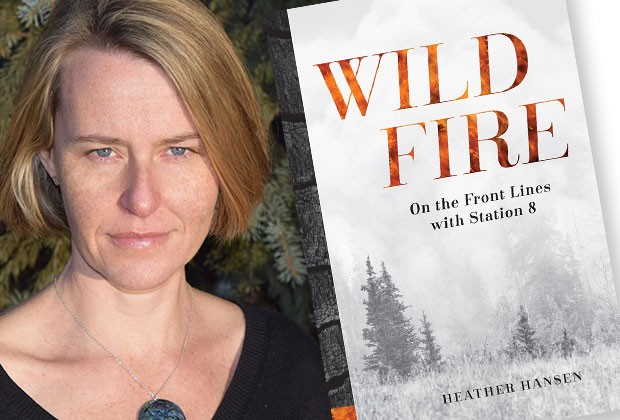 Heather Hansen's new book delves into the reality of fighting on the front lines of wildfires—which are growing in frequency—especially in the West with each passing year. Hansen documents the year she spent with Station 8 in Boulder, Colo., the men whose daily realities are impacted by these fires, and gives insight into the larger perception our society has toward wildfires.

Ahead of her talk in Bend, the Source Weekly chatted with Hansen about how the lessons she learned in Colorado can apply in our region, too.

Source Weekly: The wildfire narrative most people have is quite simplistic. After spending over a year researching and really immersing yourself in the reality of that world, what is one thing you wish more people knew?

Heather Hansen: I think one of the main messages that I hope comes out of the book is the fuller picture of the wildland firefighter. We have this general tendency to think of them as heroes, they act heroic, they go toward fire while everyone else is going away. And the risks and the challenges that they have are real, but I learned that the limitations are real as well. I learned that it's not their job to save a house, that they really shouldn't be anywhere in that area if it's unsafe. But I realized, in the time that I spent with them, that that's a difficult call, especially if it's in your community or if it's even potentially your own house. Even the very professional and very safety conscious firefighters, they still push it to the edge.

SW: Central Oregon summers come with the seemingly inevitable wildfire or two. What insights or advice do you have for people who are impacted by those?

HH: Well there's one statistic that maybe people have heard often but it bears repeating—that between 80 and 90 percent of fires are human caused and often those are escaped camp fires. On those 200 million acres of Forest Service land, the vast majority of fires are caused by escaped camp fires in particular. So, I think that one simple message is to really think about our relationship with fire. You know, this book by and large is about thinking differently about fires and our environment. And becoming, in a way, more tolerant of it in terms of understanding and accepting the fact that we really desperately need more of the right type of fires on the landscape in order to head off the kinds of blazes that we're seeing every year now, in places where we don't want them.

SW: What can readers expect from your talk here in Bend?

HH: I'm going to give a little bit of a sense of the past, the present and what we have for in terms of predictions about the future. For this season in the Northwest but also kind of in the decades to come. And I also want to talk about the firefighters that I met and what it takes to be a wildland firefighter today—which has a lot to do with the consumption of bacon.

As interviewed by Chloe Green.