Before you stroll the streets of First Friday, check out this book suggestion, courtesy of Dudley's Bookshop Café. Then head down to the shop for a discount on the book

OK, let's get this out of the way: this book is equal parts fascinating science and statistics, train-wreck gaping and real-life horror show. At one point later in the book, Wallace-Wells acknowledges the difficulty of what you're being asked to reckon with. 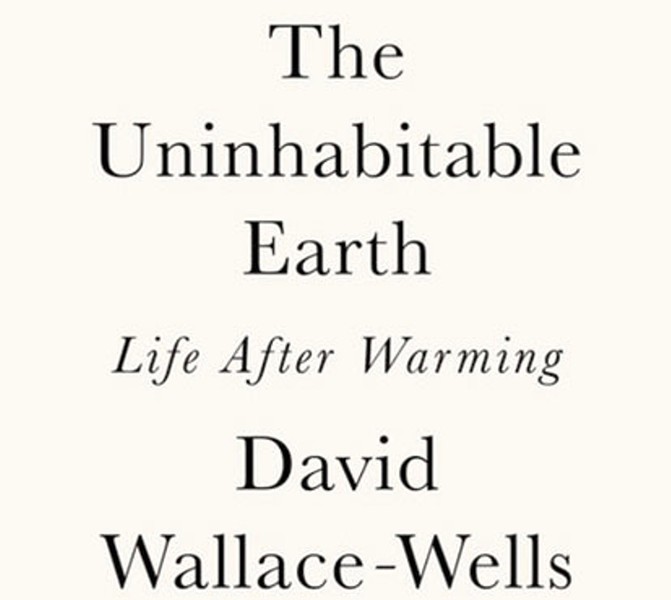 "If you have made it this far, you are a brave reader," he writes. That difficulty shouldn't stop you, though. I feel like it should be required reading for all of us, to shake us out of our widespread complacency.

Here in the West we're seeing shifting weather patterns, more extreme storm cycles, and the beginnings of coastal flooding. Sadly, this is nothing compared to what is happening right now in Africa, the Middle East and Southern Asia, and what is coming for us in the coming decades. The meat of the book consists of 12 meticulously documented chapters showing all the areas where things are getting worse and how much worse they'll likely get if we stay on our current path: Unbreathable air, hunger, economics, freshwater, dying oceans, resource conflicts, etc.

Right now, you're thinking, "Why do I want to read this? This sounds awful." It is, but Wallace-Wells is also hopeful. As opposed to a natural planetary cycle we can do absolutely nothing about, he rightly believes that we have the technology to solve this problem. All that's missing is the will. The Green New Deal has proven to be unpalatable to most, but in the end, it or something similar may be the only deal we're offered if we hope to halt or forestall the vision Wallace-Wells has laid out before his readers.