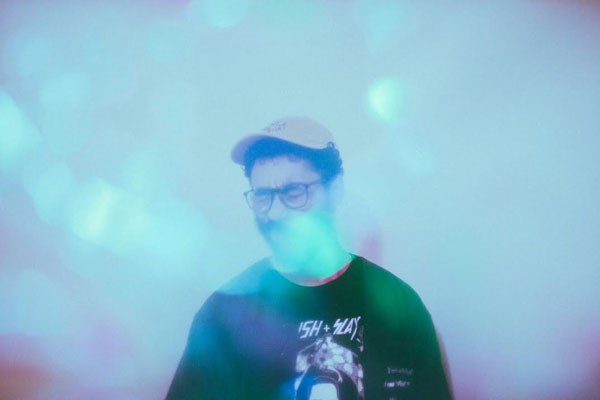 hen I first heard Milo, I instantly knew I wanted to talk with him. His eclectic hip-hop style reminded me of local rapper Mosley Wotta, but more experimental. Milo's lyrics inspire fresh thought while his beats allow you to relax and chill or get up and dance. The way he manipulates sound and incorporates pop culture is inspiring. For those who may not usually find themselves listening to hip-hop on a regular basis, Milo may sway your opinion of modern rap music.

I'll be honest, writing this story about Milo has been difficult. When I interviewed him, he said, "I don't know," on more than one occasion. Maybe I asked the wrong questions. Maybe he wasn't in the mood to be interviewed at 10 am. Or most likely, maybe he's just a free-spirited artist who doesn't feel the need to explain why and does what he does. Whatever it was, I wanted to give him the benefit of the doubt, and for people to read this and know his music, his art is incredible.

And I'm not the only one to take notice. In January 2016, Rolling Stone magazine named him as one of the 10 new artists you need to know. Rolling Stone even printed an interview with the rapper last week after the release of his new album, "Who Told You To Think??!!?!?!?!."


Source Weekly: What inspires you to do what you do?

Milo: I don't know. I have no idea. I just like rapping. I guess I have an affinity for it; maybe that's what inspires me to do it.

SW: As a writer, what do you find makes a good song?

SW: How would you describe the differences between "Who Told You To Think??!!?!?!?!" and your previous work?

M: Well, I guess, time. It's the newest of the work, that would be a good point of launch. I don't know, that's kind of for the audience to decide. I don't think about my records in that way.

SW: What do you like most about performing live, about freestyling versus writing songs for an album?

M: Hmm. I like spontaneity because it seems closer to the source than necessarily rehearsed materials. It also invites an opportunity to fuck up, which is fairly exciting. I mean, I like both. I like being an artist because I can just do what I please. I don't have to think about the categories or how to do it or even so much an explanation. I just kind of do it.