Boyd Acres: From Rags to Ranches, From Ranches to Riches

A newer neighborhood with deep roots

Boyd Acres is one of the newer neighborhoods in Bend, but it has deep roots. Charles William Boyd arrived in Central Oregon in 1904 with hopes of expanding his cattle business. Originally buying six acres by the Deschutes River, Boyd eventually bought up 600 acres and the area became known for ranching and timber. The Boyd Homestead is still standing to this day, and one of Central Oregon's oldest standing buildings is tucked away in a thriving commercial district.

Now, the land where countless cattle grazed and trees felled is home to a mix of homes, parks, trails and businesses. Bordering Brinson Boulevard in the south, Boyd Acres is the northeastern-most portion of town, the area is a lot newer than some other parts of Bend, with most homes being built in the past 20 years. 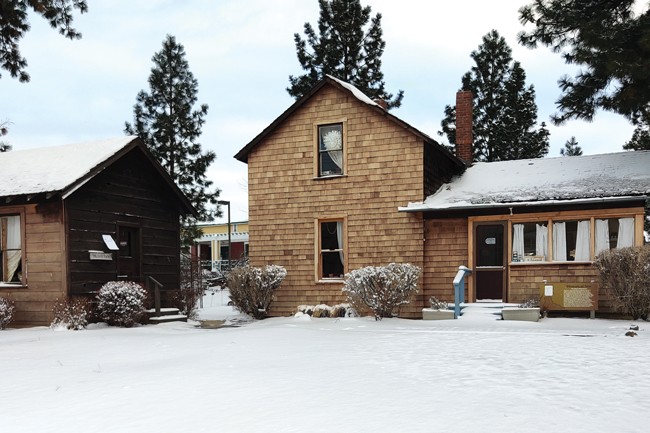 Though it's undoubtedly one of the more suburban parts of town, there's still plenty to do. Rock Ridge Park has something to offer for everybody, with mountain biking training paths, a skate park, a nine-hole disc golf course, playgrounds, and it maintains over 60% natural terrain for folks looking for a leisurely stroll.

If parks aren't your thing maybe you'd enjoy the go-cart, rock climbing and indoor trampoline spots in the area. And for some less active fun there's always 10 Barrel's east side brewery—one of several brew operations in the district.

Then of course you have close access to some of the City's best shopping districts. Sandwiched between Third Street and US-97 is the Cascade Village Shopping Center and the Bend River Mall, offering nearly everything you need from clothes to groceries to sporting goods and more. Head down Third Street and you'll find the Robal Village Mall for even more variety.

The housing stock is a mix of single-family homes, townhomes and apartments. Though it may be less sought after than more expensive westside neighborhoods, the views are among the best in the area. A two-story home in Boyd Acres could get a nice peek at Three Sisters or Mount Jefferson, but don't tell the west-siders because the dominant professions of people who live here are health care workers and social assistance workers with a need to keep housing costs down.

The newest Urban Growth Boundary expansion incorporated Juniper Ridge to Boyd Acres, which is zoned as a mixed-use light industrial area, so Boyd Acres, like Bend itself, can expect a lot of growth in the future.