Brew and Other Boozy News

Some of the latest happenings in Brewvana

The governing body managing booze and buds in Oregon has been busy throughout the pandemic, first by allowing restaurants and bars to do takeaway drinks in a temporary, COVID-era rule, and later by changing its name from the Oregon Liquor Control Commission to the Oregon Liquor and Cannabis Commission—you know, just to be clear about exactly what this commission is controlling, exactly. During its 2021 session, in cooperation with the OLCC, the Oregon legislature passed a law that allows businesses with "full-on-premises" sales licenses to continue to sell cocktails and single servings of wine to go. Those businesses can now also sell sealed takeaway containers of malt beverages, wine and cider, as of early June—a rule that now won't go away with the end of the pandemic. As with the temporary rule, the drinks have to come with the order of a "substantial food item," and there's a limit of two drinks per food item. 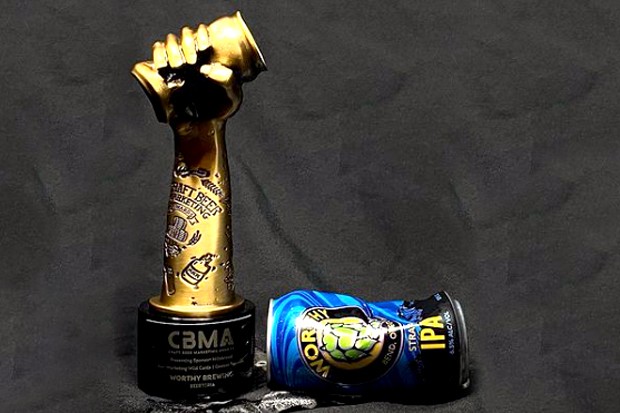 Beer marketing awards are a thing

Craft beer makers in and around Bend often get awards for the beer they make—and now they get awards for the marketing that goes along with those beers, too. The organizers of the Craft Beer Marketing Awards announced Aug. 18 that three Bend breweries had taken home awards that recognize the "artwork, design and retail marketing efforts behind craft beer." The contest is the "first of its kind international global competition," its organizers said.


Crux Fermentation Project earned a Platinum award in the Best Bottle Design category for the design of its Gypsy Coolship series, featuring hand-drawn artwork by Bend artist Sweet Pea Cole. (The beer itself was a cool project of wild-fermenting beers in an open "coolship," at various notable locations around Central Oregon.)

10Barrel took home a platinum award for Best Merchandise Design/Sustainable or Innovative category for its t-shirt collaboration with Northwest graphic designer and mountain bike gal, Brooklyn Bell. And Worthy Brewing won a gold award in the Wild Card/Coolest Taproom category, getting the nod for its "Hopservatory" star observatory, its DrinkUp DreamOn Outdoor stage and its greenhouse and gardens. In total, 14 awards were handed out to Oregon companies in the awards.

Not quite in the beer realm, but made by the brewing team at 10Barrel are the canned cocktails that just took home a host of awards at the American Distilling Institute's Spirit Awards. 10 Barrel's team won a Gold Medal for its Greyhound, a "certified craft blended spirit" that you may have seen floating around Central Oregon from time to time. Winning silver medals were four other 10Barrel craft blended spirits, including its Bloody Mary, the Classic Margarita, the Lemongrass Lime Vodka Soda and the Moscow Mule. The awards were given out at ADI's conference in Louisville, Kentucky, on Aug. 24 and 25. These canned cocktails get high marks from the Source Weekly drinking team, too.