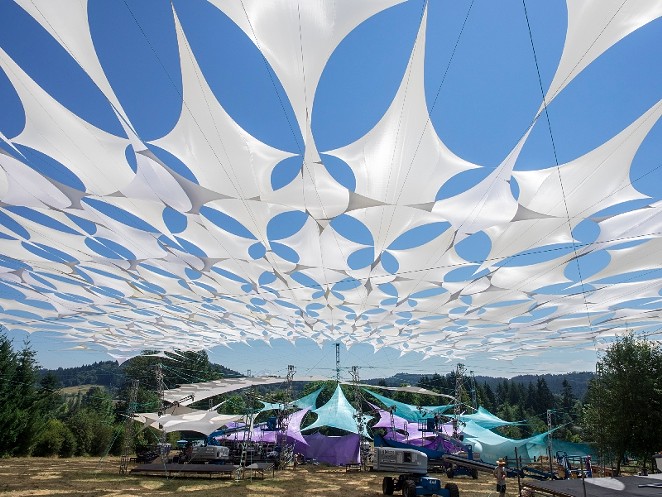 With over 50 bands slated to play multiple sets throughout the weekend on seven stages, the lineup can be a little overwhelming. But don't worry! I've simplified each band into one succinct sentence to help you choose who to see! Read on Pickathon attendees! And check out our handy-dandy playlist featuring 2-3 songs from each artist slated to play. I recommend putting it on shuffle and letting the bands choose you! See you on the farm.

Nickel Creek
Reunited and it feels so good, pop-country all-stars.

Blind Pilot
Indie rock as soft and sweet as the Charmin cuddle bear.

The War On Drugs
The best of Bruce Springsteen-style forward rock music, modernized.

Foxygen
Trippy tempo-changing soul, not afraid to throw in a flute solo.

The Sadies
Swinging long-time indie act with a touch of punk.

Possessed By Paul James
Hurricane of a one man band, fiddle, guitar, banjo and drive.

Ural Thomas & The Pain
Another story of late-in-life discovery for an ambitious soul musician a la Charles Bradley.

Hiss Golden Messenger
NOT a band of snakes, rather, countrycrooning mysticism.

Brownout / Brown Sabbath
Trade trombones for guitars and Ozzy for David Jimenez and you’ve got one hell of a weird tribute set.

Diarrhea Planet
Sounds less gross than the band name, ‘90s pop-punk with an indie-stoner edge and four guitars worth of noodling.
Check out our interview with Diarrhea Planet online later this week!