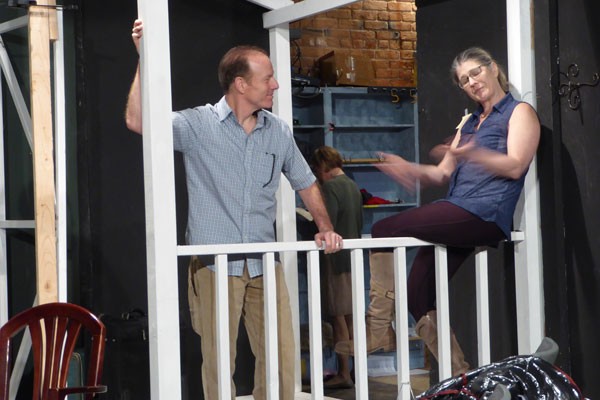 The Pulitzer Prize-winning drama, "August, Osage County," opens at the Cascades Theatre Friday. The 2008 play, upon which the 2013 film starring Meryl Streep was based, delves into the personal lives of the Weston clan as they come together at their Oklahoma homestead after the mysterious disappearance of an elder family member.

We sat down with director Sandy Silver about the play.

Source Weekly: "August, Osage County" is an intense play, with some disturbing themes. How did the Cascades company come to select a piece that is such a departure for the Bend theater community?

It is a comedy. That's what I've been striving to bring out. It won the Tony for best comedy. I think the dialogue is hysterical.

SW: What can you tell us about the cast?

SS: We have a stellar cast, including two theater teachers.

Bend has grown to a point where the actors are able to carry the play. I needed that, too. As a director, I open doors and they choose where to walk through. It's all about investigating and honesty, the ability to go places that you've never gone before. To be responsible and willing to open doors and try it. I think audiences are going to be blown away by these actors.

We make it work through cooperation. That's what it's all about. It's not, "This is what I want." I just watch them create.

SW: How did you get started as a director?

SS: I started getting involved in theater as an actor. Then, close to 40 years ago, I was the artistic director in San Clemente and I started a reader's theater. It was a lunchtime thing. People could spend their lunch hour listening to plays being read. I was giving one called "As Is," the first show written about the AIDS epidemic. I fell in love with it, but I knew it would not play at our regular playhouse.

I did a reader's theater of it for all of the AIDS organizations in L.A. I said if you would give me 10 bucks a seat, charge whatever you want and use that for your fundraising.

SW: Is there any one thing in particular in "Osage" that you hope will give audiences pause?

SS: Oh, there are so many, I hardly know where to start. We all have members of our families that fit in perfectly into the family of "August, Osage County."

Enjoy the play for the brilliance of the writing. That's what I want Bend audiences to take home with them. It is a brilliantly-written play.