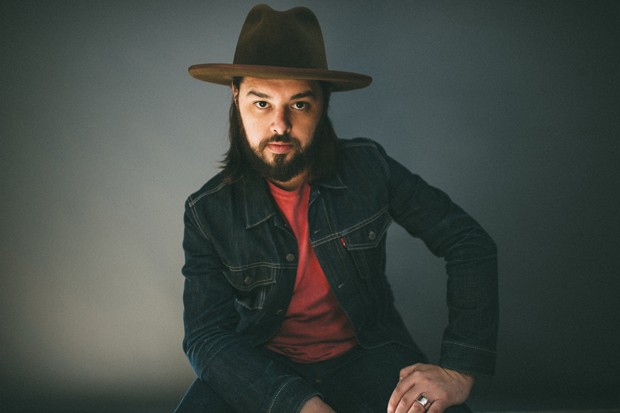 You may not have heard of Caleb Caudle, but it's only a matter of time before he's a household name in the same vein as Chris Stapleton. With smooth, yet raspy vocals, Caudle balances on a wire between country and alternative rock that allows him to sway to both sides with ease.

A natural storyteller, Caudle's words echo in your heart. His latest album, "Crushed Coins," veers lightly away from country music, while still sonically staying in Americana. The singer has received praise from Rolling Stone and NPR Music, naming him a musician to watch in country music.

Caudle captures the feelings of love and loss through his empathetic storytelling. For "Crushed Coins," Caudle worked yet again with producer John Ashley, who many know from his work with indie rockers The War on Drugs. Caudle has worked with Ashley on several albums, but this time the two got more experimental, striving to create a great record and not worry about what genre it fell into.

"Some of the sounds on the record, you can kind of tell he had his hand in both of them," Caudle says of Ashley's influence on both him and The War on Drugs. "He's really well-versed. The reason why this one doesn't sound as country as the ones before is that I wanted to broaden what I do and I didn't want to pigeonhole myself in any way."

The album has a strong start, middle and finish. For a lyrics lover, the storytelling stands out most. Caudle displays his songwriting chops with ease. The singer says he's been writing songs for as long as he can remember.

"My mom was telling me that she would find napkins balled up in my pockets when I was 12 or 13, with song lyrics scribbled on them," Caudle recalls. "Around age 25, I quit my job at a pizza joint in order to dedicate everything to my music. It's been a slow build over the last five years and each record gets more and more attention. This is the first time I've been able to take a full band to the West Coast."

The North Carolina native (coincidentally, the same home state as The Avett Brothers, who Caudle's sound would fit in with nicely) recorded his previous albums in his home state. When Ashley moved to Los Angeles, he convinced Caudle to come out to record "Crushed Coins" and shake up the recording and experimentation process.

"I think I love the freedom of it all," Caudle says of experimenting with his music. "I love never feeling like I have to do the same thing twice. There's something really special about that. I'm pretty high on quality control. I'm not letting things slip through the cracks, but I do allow myself to try new things. If something I'm trying doesn't feel authentic to me, then I'll let that go."

Caudle used to play in punk rock bands, yet says transitioning to a more country/Americana sound came naturally as he didn't have a rough, punk rock-style voice anyway. He credits his voice to singing along to Leon Russell songs played on cassette in his old Toyota. A lover of music, Caudle listens to everything he can get his hands on. This tour, he says that includes John Fahey, and the new Arctic Monkeys and Pusher T albums.

"I think it's really important, as someone who creates music, I should have a general awareness of current music. I'd be a fool to not check out everything."