As the Confederated Tribes of Warm Springs try to manage one of the highest COVID-19 infection rates in the state, thousands of people who live there don't have usable tap water and can't flush their toilets. The situation has been going on for more than a month, but it's not the first time a boil-water notice has hit Warm Springs. 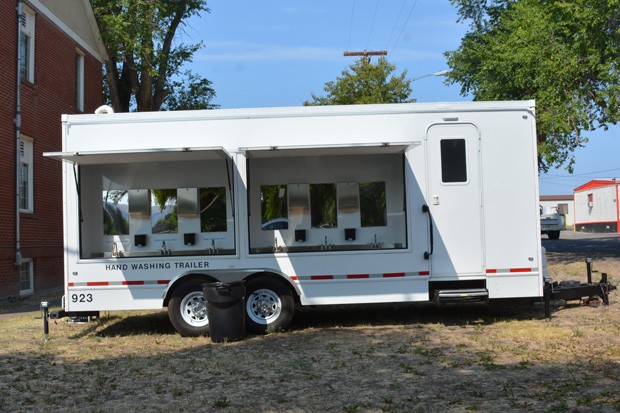 "She was a beloved mother, grandmother and adviser to her husband," a July 24 press release from the CTWS read.

The people on the reservation have been on a boil-water notice since June 25, but the piping problem that forced the notice has been an issue for years. Last summer, the pipe broke in the same place, where the system crosses Shitike Creek, causing water shortages for months. This time around, the break left the tribe's health clinic, senior housing, businesses and thousands of people without safe water to drink or use to wash their hands.

"It's been a crisis. People need drinking water with the heat," said Danny Martinez, the emergency manager for the tribes. "In my opinion, if you have to boil water and let it cool off to wash your hands, somewhere along the line something may get contaminated." 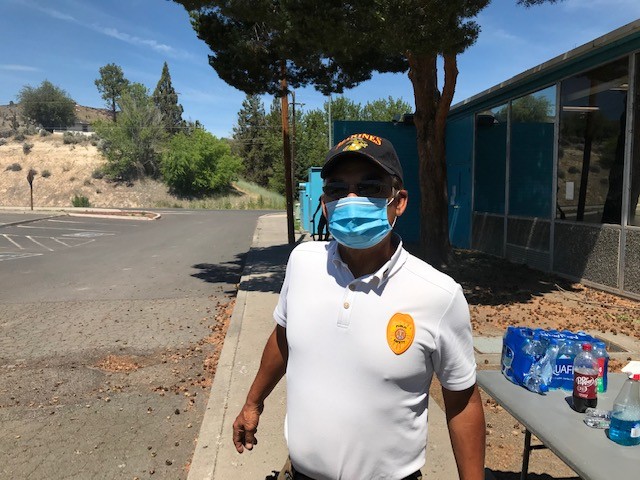 Martinez said one of the challenges is that the current break happened in an area of infrastructure built by the Bureau of Indian Affairs, and the agency is not taking full responsibility for the fix. Meanwhile, the tribe's own water treatment plant also needs major repairs and may be producing drinking water that does not meet federal standards. A fix for the BIA portion will cost $40 million, and a complete system overhaul—including a new water treatment facility—is in the neighborhood of $200 million, Martinez said.

Over the last few decades, as the water problems have only gotten worse, the tribes have relied on emergency fixes and what seems like pocket change from the state and federal government to patch up the system.

"There’s plenty of blame to go around; over the years we’ve saved money for our projects, the [tribal] council people have a lot of power… But infrastructure isn’t sexy, you can’t see it, it’s not like a building, there’s no ribbons to cut."—Louie Pitt tweet this

Most recently, the Oregon emergency board (formed to make quick fiscal decisions when the legislature is not in session) unanimously approved $3.58 million in state reserves to start to fix some of the issues. Martinez said these repairs won't get underway until the first week of August, at the earliest.

Last year, Rep. Daniel Bonham (R-Dalles), who represents Warm Springs along with other areas of Central Oregon, pushed for $7.8 million in future state lottery funds for infrastructure projects on the reservation, but these never materialized due to the pandemic.

Louie Pitt, the director of government affairs and planning for the tribes, told the Source that from a big-picture perspective, it comes down to the broken promises of the federal government when it signed the Treaty of 1855. The government guaranteed it would promote the well-being of the tribes in exchange for nearly 11 million acres in Central Oregon. Pitt believes it's safe to say that the tribe's "well-being" would have at the very least included clean drinking water.

Oregon U.S. Sens. Ron Wyden and Jeff Merkley have been working to get the tribes more money: in December, they introduced the Western Tribal Water Infrastructure Act of 2019 and on July 29, it passed through the U.S. Senate Committee on Indian Affairs.

"Between repeated burst pipes, boiled-water notices and COVID-related outbreaks, what is happening on the Warm Springs Reservation is a travesty. I am committed to assisting the Tribe through these difficult situations, and today's Committee action brings us one step closer to ending the cycle of temporary fixes," Wyden said in a statement.

"We need a lot more than just water," said Carina Miller, a tribal member who is running as the Democratic nominee for the state senate, on OPB's "Think Out Loud." "The state lottery money [$7.8 million] was for 2021; this was allocated years away knowing that we are dealing with this right now. It's taking [contaminated] drinking water to get the light shown on the issue." 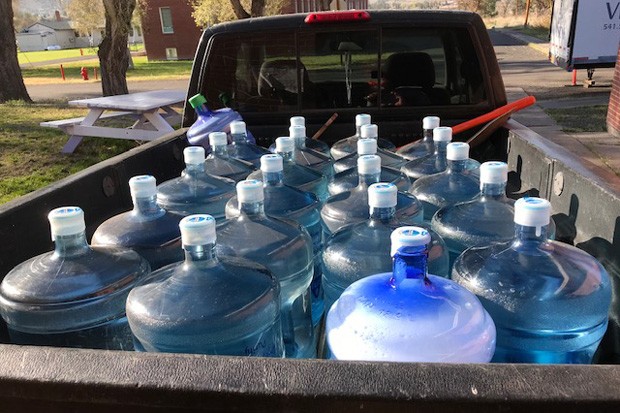 Pitt explained that while the tribes have a number of successful enterprises— Pelton/Round Butte Hydroelectric Project, the Indian Head Casino and a cannabis company in the works—these don't produce enough revenue for an infrastructure overhaul. Currently, the casino is closed through Aug. 4.

"There's plenty of blame to go around; over the years we've saved money for our projects, the [tribal] council people have a lot of power... But infrastructure isn't sexy, you can't see it, it's not like a building, there's no ribbons to cut," he said.

Pitt said they are trying to stay 21 days ahead with their water supply and have had many donations of water and other supplies over the last few weeks, including from St. Charles Bend. The agency has set up portable toilets, showers and wash stations in most of the districts of Warm Springs, which spans 640,000 acres.


For the last month, the tribes have been reporting approximately 20 new cases of COVID-19 a week. As of Tuesday morning, the total case count was 165 with one death out of roughly 3,300 members that live on the reservation. That's a rate of infection 22 times higher than the rate in nearby Deschutes County. The tribal government has been closed since July 21, the second shutdown this year. Due to the escalating situation, Gov. Kate Brown put Jefferson County on the state's watch list along with seven other counties.

"It's so difficult with summer time; pay day comes up, there's things to do," Pitt said. "But [the tribal] council sent a hard message, with firm orders for isolation and quarantine."

"Wear a mask, no exception to the rules," Martinez added. "If you're not in quarantine and you're supposed to be we can take you to court to hold you accountable."

Wyden and Merkley recently got the Warm Springs Housing Authority $900,000 to help with the COVID-19 pandemic for fixing up quarantine units and an office building. For now, tribal members with active COVID-19 cases are staying in the closed Kah-Nee-Ta Resort and receiving care from nurses from the Indian Health Authority.

Meanwhile, the threat of wildfire looms.

"I live in the community here and our water tank which is usually 95-100% full is only 45% full," Pitt said. "In the past, I've been able to water my lawn for protection; if a fire starts, I need water to protect myself against fire. It's scary... We're all just trying to stay hydrated and quarantining, watching old reruns and sometimes tuning into the news."

Update: This story was updated July 30, 2020 to reflect the news that the Western Tribal Water Infrastructure Act of 2019 passed through the U.S. Senate Committee on Indian Affairs where it had been stalled since December 2019.